We decorated gingerbread houses this year. We got two kits of row houses to bring in some city vibes. Julian had a friend over. It's very funny to me because often, this friend is more interested in the activities we're doing than Julian is so he often ends up sort of splitting his time between us and Julian who may get bored at some point and run off to do something else.

I found some interesting decorating ideas in a magazine I wanted to try so we got a heap o' stuff, Sean and I worked together, as usual I became frustrated and angry-jealous of Sean's skills, artistry, and ability to guide the frosting into doing whatever the hey he wanted it to, something i will never ever master, and ultimately had a great time. I'd waffle between making frustrated exclamations and cries of  admiration of Sean's fun little touches.  "ARGGH why won't this just go on?? Oh that's so CUTE, Sean!"  So I'm jealous and delighted. Delightfully jealous.

Please notice planters by the door made out of mini kitkats.

Quick Tips:
-Melt mini starbursts and push together to make a cool brick path.
-Roll out gumdrops with a rolling pin to make doors and whatnot.
-Those wafer cookies are really good for sculpting.  Sean made a bathtub out of them reminiscent of bathroom fixtures as planters in Bklyn. 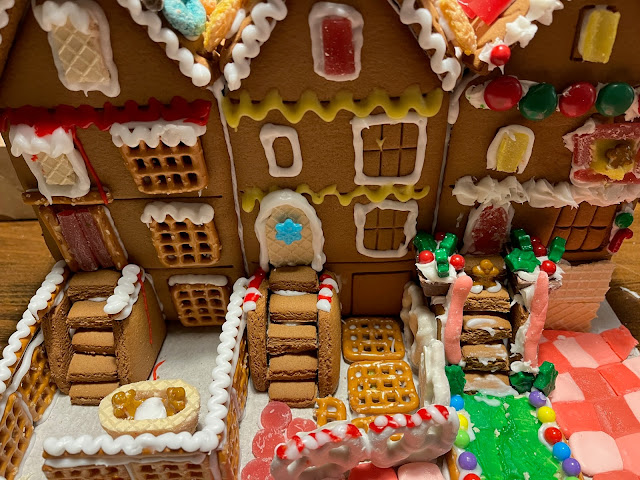 Here are the boys'.  Ha ha ha.  The friend saw what Sean had done with the bathtub and wanted to try carving for himself. He made this cute little nightmare. 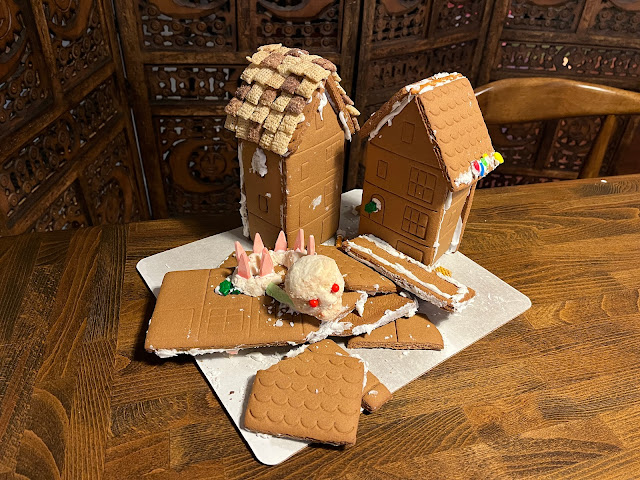 The third house kept collapsing. Calling it a bust, he made a new narrative that the voldemort snake (I think the village was originally going to be Hogsmeade?) destroyed it. Pretty good. This thing is still sitting on our dining room table.  Because I have impulsivity issues regarding carrying out every idea that enters my brain, I made some photos with a festive border in case he wanted to send them out to loved ones as a Christmas card [of doom].

We also recently saw some entrants in a gingerbread house contest. They were pretty unbelievable. Here are some photos I felt compelled to take: 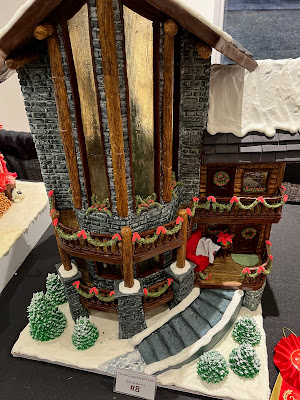 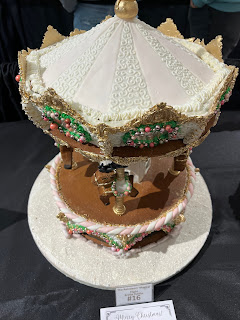 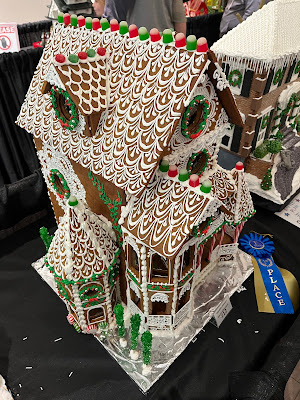 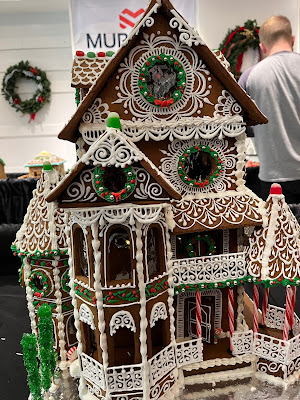 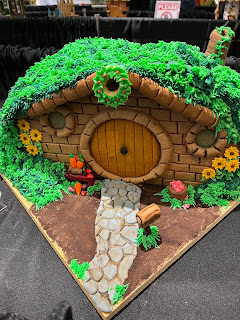 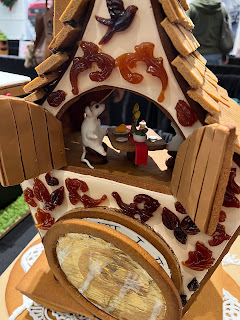 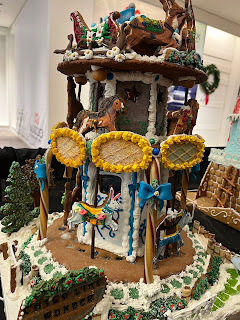 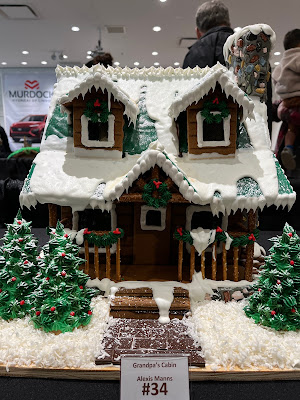 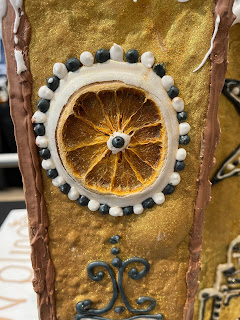 The hobbit house! So fun!!!

Those are all gorgeous. I can never make frosting look pretty. It's like sewing-- some big mystery that I have neither the skill nor the patience for. But I sure appreciate others doing it amazingly well!