On the first day of Christmas, your true )en gave to yoooou:
THE FIRST BLOG POST OF TWENTY-FIVE STARTING ON DECEMBER 1ST.

Who's excited for 25 Days of Jen this year? Me. I am.  I have plenty of ideas, plenty of drafts of posts, and plenty of holiday spirit.  I am inclined to announce that I may be going personal this year, posting posts that might mean a little bit more, reflect a little bit more of what goes on inside. Some posts might be thoughtful, some just full of thoughts (I feel I ought to distinguish between those two things).  Most of my drafts are unfinished (hence, "drafts," I guess) so i really don't know what's going to happen. I often find myself in a frenzy and scramble to put up anything just to stay true to my goal, so combining the pressure with personal things should be... interesting.

Just remember that even though it's published doesn't mean it's finished. It should feel that way, I know, but often this is not the case. In fact, I would venture to say that in most cases of creative endeavors this is not the case. It's but a moment chosen as a stopping point. But not the final product, the final thought, or endpoint. Life deserves edits, though truth and authenticity are vital, and I try to honor this idea. However, we only catch glimpses of it from each other's perspective, largely in passing, so often what is displayed stays, in our minds, at least.  So keep in mind it's just a snapshot of a time, chosen and frozen, and perhaps incomplete. As I often remind Julian, you can have an opinion that you are completely free to change at any point, and others deserve the same freedom. (This is the weirdest, longest disclaimer ever. Also, what am I trying to disclaim. Guess we'll find out...)

So, happy December, or Decemner, which I first typed and feels like an accurate accompaniment to my jumbling, stumbling though no less enthused efforts here.  T'is the season! 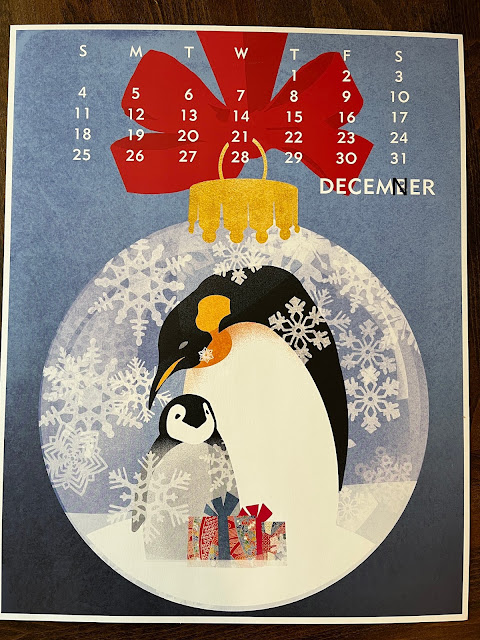 The writing lab at BYU had a sign that read, "Good writing is never done, it's just due!" and I think that can apply to any number of things in life!

And from your next post-- more didgeridoos!!! That word is almost as much fun to say as the instrument is to hear... (And I did NOT spell it right without having to look it up!)