Apparently there's a movie called Tiny Christmas where cousins are accidentally shrunk. shrinked. shrank. Perhaps we should watch it. 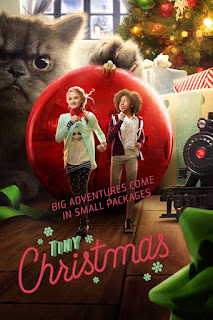 We've got a bit of a theme going this year which is "miniature."   Let's see why.

First, some dear friends gave us some personalized chocolates.  I love them. Here's a picture: 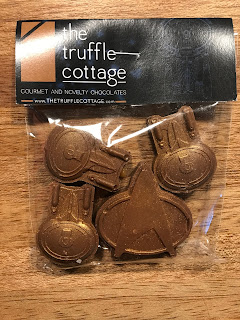 When I was a teen, I saw the Star Trek movie First Contact. This was with Captain Picard and is the best ST Next Generation film. I was a little bit crazy about it when I was 16. Ahhh nerdy Jen! She hasn't changed.  I remember getting the soundtrack for Christmas that year and watching the movie multiple times in the theater.  Basically, the Enterprise has to go back in time through a tear in the space/time continuum to make sure First Contact happens. This is when humans achieve warp drive for the very first time and are noticed by a passing alien ship who are like, well look at you! And humans and aliens meet for the first time ("first contact) and set Earth on the vital course of space exploration.  Soooo yeah. Pretty important.  Well, things go awry when the Borg, that old unbeatable nemesis (confusing, as that is the title of another STNG film) infiltrate the Enterprise and start assimilating everybody. A back-in-time human is on the ship and gets caught up in all of that craziness while grappling with being on a space ship and other future things.  But she bonds with an emotionally compromised Captain Picard:

And then he throws a fit and some heavy object at his display of ornamental Enterprises.

And that's what seeing these chocolates made me think of. Except I inserted "ate" instead of "broke."  Isn't it fun when you sit through someone's long story and realize it all doesn't really come to much? Did I use these chocolates as an excuse to talk about Star Trek Next Generation: First Contact? Of course I did. Also this movie feels very Christmasy to me so I think I'll add it to my list of holiday movies to watch.

When they gave us these they tried to think of a carol to accompany it but couldn't think of any Star Trek carols.  "Oh, I've got a Star Trek carol," I told them and promptly sent them this gem.

Next, I have a photographer friend who does fun, cute, sometimes weird things.  She's the best.  This year, she gave me a book and decorated the cover herself. Isn't it great? 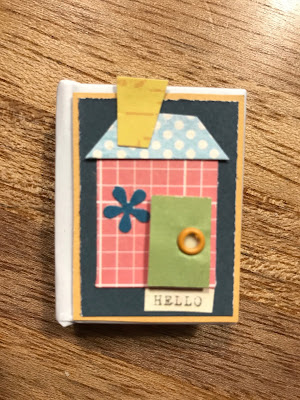 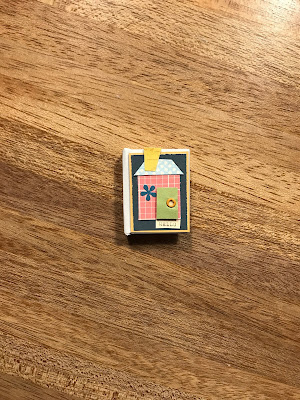 Whoa, wait a second...how far am I zooming out? 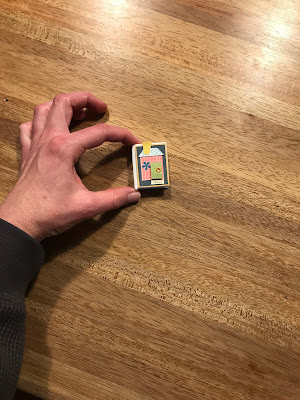 Not that far! It's TINY. I opened it up and what did i see? 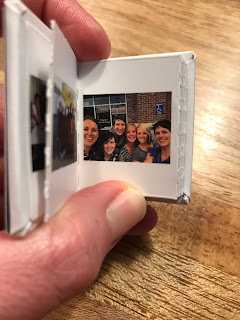 Photos she had taken or collected from a million friend gatherings over the past six years.  Page after page of minuscule group photos. Dying at how small it is. And dying for a magnifying glass.  (Also dying at how minuscule is spelled[!] A u? Why. )Anyway...

Next, my sister gave me and my other sister a relic from our past. The game of Pictionary: 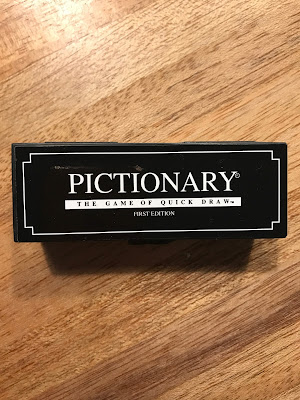 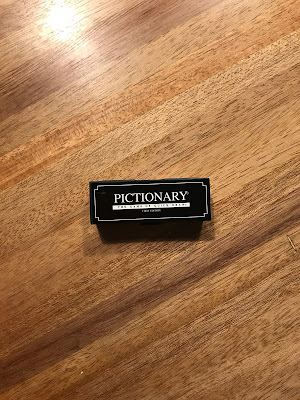 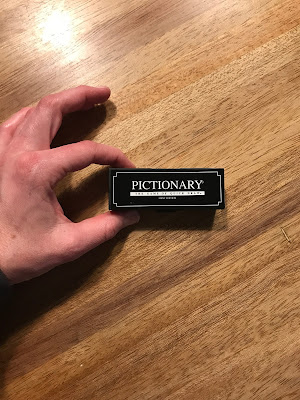 And wait-- it has all the parts. Just gets smaller and smaller: 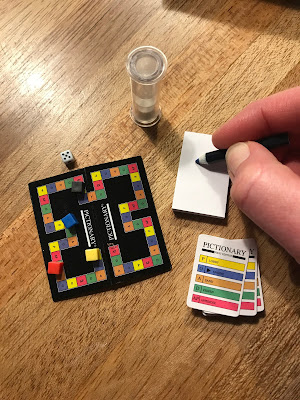 Look at the game pieces! The die! 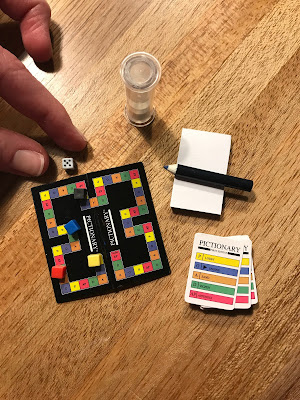 I die at the die.

I don't think I realized I like miniatures until I read this post, but my inner squeal is going crazy, so apparently I'm a fan. These are AMAZING!!!!