We got our tree mid-December this year. It felt weird and super late at first but now I think i'm into it.  I think I like to condense my Christmas-celebrating. Trying to stretch it out is a bit exhausting. I like two weeks. Let's do that.  Last year I chose our tree and Julian was super not into it. He did not like the tree we got. He thought it was terrible.  He bemoaned it all year. This year, we set out to find a super tall one to put in the middle of our vaulted ceiling'ed-room and he was excited.  And as we browsed the frosty tree aisles, he said "Mom gets the final say!"  Boy of wonder.

Like someone else I know, Julian has very strong, immediate, gut-driven opinions.  When he latches onto a tree, he's fully committed.  Unless someone shows him one undeniably better.  It took us a while but after he would not budge on his early choice, Sean and I found one better. And we found Julian who had bailed on the hunt and decided to just hang out by his tree and beckoned him to come look at ours. One look and he discarded his choice readily. "Oh yeah, that one's better."  And we all agreed how strange it was that we manage to find the perfect every year.   Since we got a tree far larger than any tree in the past, our ornaments and decor was stretched pretty thing. We used ALL of our lights, warm and cold which looked cool, like silver and gold and then petered out with everything else.  But it's ok, because we had fun and found a good one and I got the final say. {magical stars} 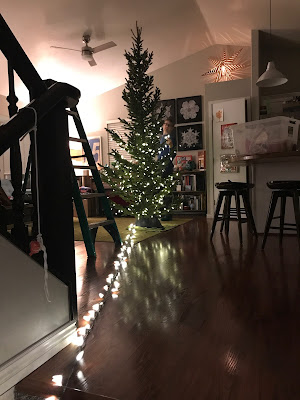 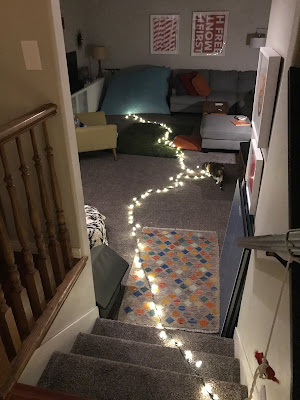 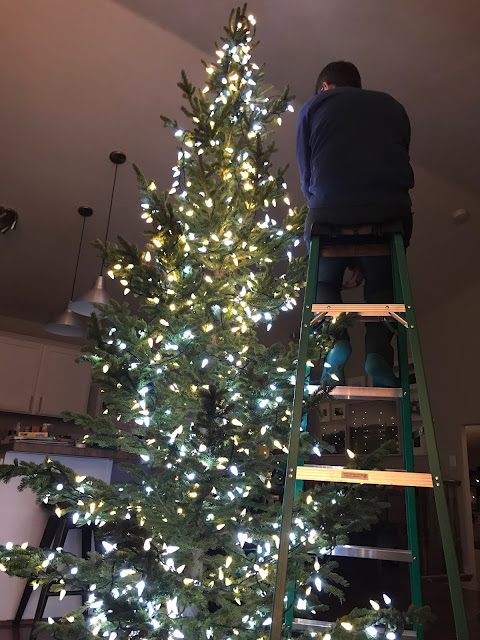 Here's a tip: Taking a pic helps you see your light distribution better.
Sometimes I think i'd rather just leave it alone. No ornaments, only lights. Next year?
The queen has spoken. I think the kid would flip out. I think I'll suggest it and see what happens.