Christmas Eve Will Find Me

Well, the Eve came. It found me. I'm writing this just a few days later. But let me finish up this 25 Days of )en with a brief recap of the Eve.  I'd call the whole month a pretty good blogging success, considering how rusty I was. So cheers, Jen.  You did it.  And cheers to you who have been reading. Thanks for being here, and I sincerely mean that.

1. We all woke up and exercised. These days Julian and Sean run at the fitness center. Sean says Julian is super crazy fast and I think the whole thing is terribly adorable. Then we made a massive brunch which i think I need to make into a [weekly] tradition.

2. Sean was hardcore into watching ALL the Christmas movies we would ever want this year. I support this goal but when the movie starts at 9pm, I'm toast.  So they did a lot of It's a Wonderful Life and A Christmas Carol (George C. Scott) without me.   But on this, the eve of nights, we managed to watch A Christmas Story, saved for this day and I stayed to the end because it might truly be my favorite. It just gets funnier every time.  I love everything about it.

In fact, let me list all of the Christmas movies/shows watched:

1. A Christmas Carol
2. It's a Wonderful Life
3. Family Stone
4. Home Alone
5. Home Alone 2: Lost in New York
6. Elf
7. LOTR, obviously.
8. Christmas Vacation. This year Julian was allowed to join and loved aaall the swears and inappropriateness.
9. Planes, Trains, and Automobiles. This was at Thanksgiving but it counts.
10. Dash and Lilly, a gem on Netflix.

And probably others I can't remember.

3. We did neighbor gifts this year. I didn't take any pictures but basically we made approx. one billion parmesan herby crackers with adorable leaf/acorn/apple-shaped cutters, wrapped tightly and put in a little paper gingerbread house.  The message:

"This year was CRACKERS. Thanks for being great friends and neighbors."

4. Sean made the traditional fondu dinner.

5. We were all so exhausted, we kept things very chill this night.  I sometimes hate the stress or pressure of having to "do stuff" at Christmastime and i sort of rebel against it.  It was a good decision.

But let me show you the picture of the "layout" as Julian calls it.

This year Julian has been super into Russia these days.  Hyper-fixation can often be weird, intense, and overwhelming/annoying. But it can also be totally awesome.  And when you just go with it and just lean into the weirdness, you can make it a lot of fun for yourself.

Julian loves Russian hard bass music. Very techno. Very pro-Russia.  With very lame lyrics about the KGB and vodka and other stereotypes. So here's what we put together for him:

1. A life-size cardboard cutout of his favorite Russian DJ-- "DJ Blyatman."  Yes, I know how it sounds. I also know how many times in a day I hear about this guy. He's basically one of the family at this point.

2. A beautiful tin of Russian candy that turned out to be not bad at all, better than American candy in general, I would say, and wrapped so beautifully/weirdly.

3. The most beautiful thing I've ever seen-- this Russian faberge-looking egg. Holy crap, I love this thing. On top of that, it's a toothpick holder(!!) I know. I kind of cherish it.  Just look:

4. A book on the Russian Revolution. It was for teens and he read it in one sitting. Looks like we're going to have to get something a bit more substantial.  Any suggestions? All you Russophiles out there?

5. A calendar using all the images from bands/DJs he loves but photoshopped his face into many of them. Sooooo funny.  This gift and the cardboard tickled me and Sean to no end. Julian, less so. He was confused. Probably because he never thought he'd get something so awesome. 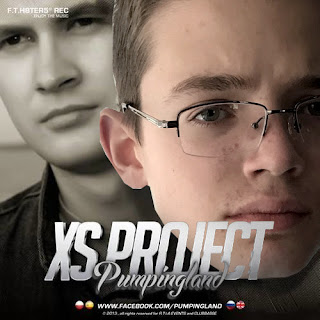 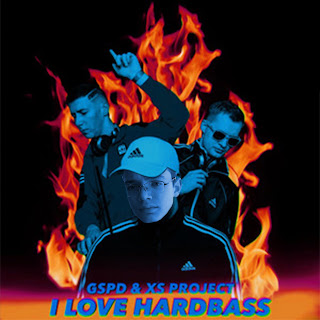 I also got Julian a weird 3D-printed bust of Julius Caesar from a maker in Turkey, and I got Sean some hard-to-find art books from a bookstore in Italy and let us just say, I think I love an international aspect to Christmas morning. The books were padded with pink Italian newspaper, the box from Turkey just looked super cool. So i'm going to do that from now on. Plus, I had to have some correspondence with the Italian bookstore and was all, "Grazie!" at their efforts, which made me happy. Once again, i feel the call to my European roots. I miss the outside world.

This post is boring but let me just say Merry Christmas, it's been such a pleasure.