It's been two years. Time for an update! I know this is probably super boring but you'd be surprised how fascinating is it to track and read for myself.  What an interesting way to record one's life. Through the food one eats. If I had done this during college, it would have looked something like this:

BREAKFAST:
-An enormous mug of hot chocolate made from Stephen's Hot Cocoa.
-Toast
-A bagel breakfast sandwich from the Cougareat Market

LUNCH:
-Some crap out of the vending machine
-Teriyaki Stix
-Who the hey knows

I honestly don't know how I lived off of what i ate. If I had recorded this then, I'd know better and it would be awesome.

So let's do an update. Real quick. Hopefully.

Breakfast, the best of all the food! These days I like to eat later in the morning.  I'm good to wait until 11:00 or so to eat, depending on if need a caloric boost or not. As much as I'm trying to manually kickstart my metabolism every day, it is slowing down and I don't feel like I need as much food these days. Which is really sad, because food is the best.

1. Eggs still, of COURSE. Poached, fried, scrambled. You name it.
2. Smoothie. Bananas + melon if i have it (for texture) + greens + kefir. I'll throw in flaxseed/meal or something or other if I'm feeling it. And then of course those super powders. I love them. I take all kinds on the reg, including collagen. Getting old is a blessing!
3. Avocado toast. I could eat this every day, and I pretty much do. Sometimes with a poached egg and sliced tomatoes on the side.
4. oatmeal
5. yogurt + fruit + walnuts, same as two years ago. Love it. Give me my probiotics! Keep Jen's gut happy at all costs.   Food is medicine.
6. Sometimes I do a chocolate smoothie. oat milk + frozen bananas + cocoa powder + super food powders. It's awesome because the cocoa masks the gross powders better than a green smoothie and it's like a chocolate milkshake.

Lunch does not exist for me. If I eat a later breakfast, lunch completely disappears. Otherwise I'll just eat yogurt or the avo-toast.  I think I've entered that phase of old age where it's easier just to eat the same things all the time. Who needs variety? I know what I like. And I'm just so lazy. Plus, gotta maintain this microbiome. Nothing messes me up like eating a plateful of a bunch of new, rich foods at Thanksgiving. I did ok this year. I had to forego the stuffing. That one's just too much. But it's a delicate balance and combo. Don't upset it!! 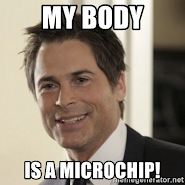 Depending on who's in charge/doing the cooking...

tacos
fajitas
chicken and veg (green beans, brussels sprouts, squash, any root veg). This one happens oft.
salmon and veg
frozen crockpot meal from a place who sells them when we're extra lazy. This is how I cook.
salad
soup
impossible burgers. They really are as good as people say
steak and homemade fries. I really need to make a Sean cookbook.
Take out. Love takeout. I wish there were better restaurants nearby but we've adapted ok over the years. What else can we do. Other than drive the distance, which we do.

Guess who started cooking Sunday dinners? JULIAN. Whaaaaaaaat. I know. He got this "how to be a man" book which makes me giggle every time it's out and he wanted to make all the foods in it and one of them is a roast chicken. At least four times I've picked one up from the TJ's and he'll make it with a bit of Sean's help but mostly without. He doesn't want any help but also needs it. So that's a fun battle. But it is delicious. He has plans to throw a Christmas party for friends and make his chicken for him. He casually told me the other day he might have them watch a Hallmark Christmas movie too (EL OH EL). If we have raised this 12-year-old boy to be a party-thrower, i will be so tickled.

Sean is as good as ever at cooking. Probably better because he practices and follows chefs on Instagram. He cooks for friend gatherings I have. I am always happy to volunteer him to make stuff.  I recently hosted a friend's birthday party and she wanted breakfast for dinner. I wasn't in charge of any planning and the friend who was said,

"So, she wants hash browns and bacon and i thought of that thing Sean made. Do you think--"
Me: "YUP! No problem. he'd be happy to!"

And he was. What a champ. But i watched him make it and it was a task. I felt a little bad. But he does enjoy cooking. He makes so many good things. Here's a link to that recipe.

That brings me to:

So I love all the old things. I don't eat ice cream these days unless it's with a brownie. And let's talk about that.

Brownies.
Since my recent discovery of a good brownie recipe, I have been making them regularly and freezing squares for when I need them. Because I realized it's a regular need in my life. And i love it. I like to make them too because it's so much freakin' chocolate, I feel like I'm Juliette Binoche in a tiny French village just constantly mixing chocolate and oozing it over everything, molding it into stuff. It smells so good and i need power arms to get it to that smooth glossy batter.

Pie
Pie is so good. I've made a few this season but I recently stumbled on a recipe that was so easy, it looked wrong and i was sure it wasn't real.  Basically it's a pear tart where you slather apricot jam (no problemo) on the bottom, then layer on pear slices, then sprinkle sugar over it and THAT'S IT. What?? It cannot be right. Except that it was. It was totally good!  I folded over the edges to make a galette and it was ridiculous how tasty it was for doing nothing.

Something I've been doing lately is buying big veggie platters at the grocery store. Often that's what I want but I don't want to cut up stuff and make my own. It's awesome.  I'll pull it out whenever we need a supplement or a movie snack. They cut the carrots there and they're long and match stick-y, not baby. I love just buying myself party platters just because I want it.  Life is a party. Get yourself a platter.