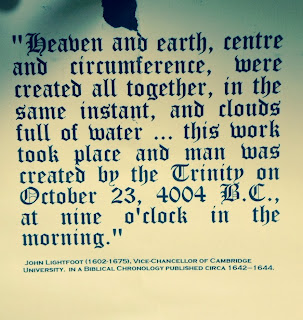 Today, to celebrate the anniversary of my marriage, I sit down at 8:15am to tell you the story of Sean & Jen, aka Seanifer.   As with all my blog posts, I don't know exactly what will happen, but happen it will.  So get ready.

Ten years ago in June I met Sean on BYU campus.  Both of us had graduated but were working there because that's a cool thing to do.  I was trying to figure out life and Sean had already-made plans for the next step in his.  The summer was hot and dry, and I wore thin black sandals and, on a good day, my red pants, for wearing red pants = guaranteed good day.  My hair was short, to my chin, a Jen bob. I was twenty-three.

I love my journal, you know that I do.  It is invaluable to me, a treasure box containing my life's history, thoughts, and innumerable wonders and quotable gems.  I would like to specifically remind you of how I save my best writing for my journal, as seen here.  Let us celebrate, in addition to the vernacular of the times of my youth, the coming together of two unwitting halves.

So I'm not sure if I ever told you about Sean, who works with Joe--sits right next to him. Anyway, when i go visit he's so funny and I just laugh. He's blond, tallish, wears very square-framed glasses, and thin. He looks like a total nerd. But I think he's way cute. He's a painter and just graduated. Anyway, so we've been chatting every once in a while on IM and then finally yesterday we hung out. I went to his house and we just chilled. It was a great time. He is so weird. Such an oddball. But so funny and a freakshow and I love it. So I'll tell you any updates on that. :)

My friend Joe as well as my brother worked on campus.  I would go visit them and have a chat.  Next to Joe sat this guy Sean, who never turned away from his computer but would here and there insert a zinger of a line and just kill me.  I thought he was kind of scared of girls since he never turned around to engage (he claims this was untrue), and of course the way to this girl's heart is a champion of a one-liner.  Combine that with nerd hotness, and, well...I can easily say I was IMMEDIATELY smitten.

As devoted to journaling as I am, my record-keeping is pretty pathetic at this time.  It would be a whirlwind summer, though I didn't know it then, there in the beginning.  So here's exactly what happened.  I visited a few times and basically zeroed in on Sean.  I don't know how I came off-- you'll have to ask Sean-- but my eyes suddenly, almost automatically turned into cross hairs and he was dead center.  Every time I went he was so funny, so witty,  and exhibited such an outstanding display of quiet nonchalance, that I seriously wondered what was up with this kid. Not that i was trying to be the center of any kind of attention but other people would join the discussion and face the others at some point. Not Sean, never Sean.

Finally i took the IM bull by the horns and asked Joe to tell Sean I thought he was hot. There, I said it.  Since Joe and I had, ourselves, a brief involvement, I could see why he would be resistant to this, which he was.  So I asked him for his IM name (holla, AOL Instant Messenger! aka the sounds of love)  and told him myself.  I'm pretty sure he was taken aback and suspicious in some way but for some reason he stayed with me long enough for me to convince him to, basically, stay with me forever.   We chatted for about a week before we had any kind of real rendezvous.

Three weeks in we had ourselves a two-line conversation and agreement of our future life, which went like this:


Jen:  Are we really going to get married?

Sean:  I really think we are.


And we said nothing more, for we knew it was insane, but destined.

Interspersed with real dates and face-to-face interactions, IM was a constant part of our relationship.
I am sure I've already told you this but I'll tell it again. Even before that conversation I think I had my own moment of when I knew he was The One, and it was this.  On one of our IM dates, we we made anagrams of our names. My name is useless with the J, but I think I may have literally gasped when I discovered his name made not one but two particularly meaningful, perfect anagrams.

And it was confirmed:

And I went for it.

Tonight I don’t know what I’ll do.  Maybe hang out with Sean.  We’ll see what happens.  I sometimes feel myself feeling girly as in, I’m sort of liking him and I’m like, aaaah! No!   You know... how I am.  So anyway. I just gotta keep cool.  Be cool, jen. Be cool!   The other day he came with me to Tamra’s concert and then he and I got dinner since we’d been up on campus until the concert.  Then I hung out at his house. It was fun.  I got to see more of who he is and he tore it up on some guitar.  He was really funny too so it was cool.  I just really need to keep myself in check.   Argh.  Hate that.    Anyway, I guess that’s about it.  Later.

He says these things that are so funny and I have no response to it. I just repeat it and laugh. And he always has these great one-liners. Some are just great quotes. Others are just funny things to say. For example: "There's nothing like not being in pain." Love it. Why?? I don't know.


And I also don't know if it's the things he says or the way that he says it.  Slow, as if methodical.  He's deliberate with his speech.  But he had and continues to have this way of saying things so that you listen.  During this time, I made a list of the funny things he said that I had no response to but could only just laugh.  It just so happens that I have this list, and it just so happens to have 10 listed items.  Behold, the original Sean Quotes: 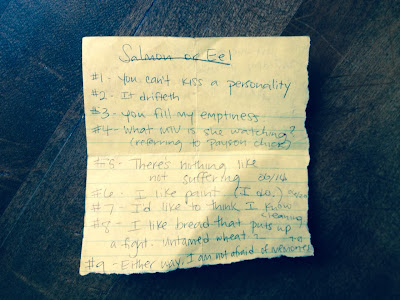 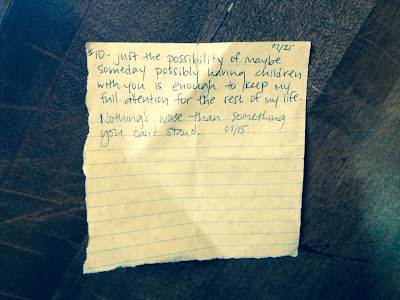 We chatted, looked at books of artwork, watched his Radiohead videos (which are disturbing.) He's getting me hooked on RH, though. Especially this one song--
No Surprises. Man. I love it.

... I'm listening to Flaming Lips right now. Sean sent me a link to their website. I like it. Anyway, I always go back to Sean, don't I. Oh well. I'm lame. What can I say?


Sean introduced me to both Radiohead and Flaming Lips so that whenever i hear them now, I am launched back to that summer and its concoction of swirling emotions.


So you know how Sean and I have been spending much time together? Well, that is still true. We spend almost every moment of our waking LIVES together, except not during the day. I'm in love, I tell you. Seriously. For real. And so is he and it is the most fantastic thing I've ever had. HE is. This guy is it. Not even kidding you! I know you're probably like, "what in heck?" because I have failed to update you on vital information, but it's true. I am going to marry this guy. How nuts is that? We are so happy. I think about him and I am SO happy.

We were officially engaged in August and he immediately flew out to Brooklyn to begin his schooling.  Save for one weekend, we were apart for our entire engagement which was the length of six weeks by the Julian calendar, and he returned late October to marry me and two days later we boarded the plane to our future.

Oh, man. I came to your blog, looking for something good on this special day, and you did not disappoint. The anagrams. "Per tradition." Posted at 10:23 a.m. How my arm in the sisters shot looks like it's three times anyone's natural size. Love it.

You are both uncommonly amazing separately, but together, you're magical. And you have produced one of the most delightful children on earth. Good work on 10 years, and here's to many more. {end of toast}

Okay, I don't if it's just because I got no sleep last night, but I'm reading this and totally tearing up and it's slightly embarrassing but happy, too. Yay for happy people in love. Thanks for sharing.