"There are so few people whose hands I really trust."


"You want someone so fastidious that it makes their life unpleasant."


(those are art-related, obviously, but i have totally forgotten the context.  Maybe hiring someone to do a certain job for you? )

"I love that the logo of this airline is an eagle clearly diving toward Earth.  Can't we have a bird that's aloft?"


Take My Breath Away
Hold On
Total Eclipse of the Heart


He is not being funny. He loves them, and apparently thinks I should too.

Alright, I found a recent conversation:

me:  ohmygosh
what's that other one you sent me a while ago?
Sean:  I usually send Berlin -  the Top Gun song
http://www.youtube.com/watch?v=uIbXvaE39wM&ob=av2e

Sean:  "The group is also known for being the offspring of prominent musicians; the Wilsons are the daughters of Brian Wilson of The Beach Boys, while Phillips' parents are John Phillips and Michelle Phillips of The Mamas & the Papas."

Sean:  I love this music and there's nothing that can make me ashamed

me:  and nothing should

i confess, i watched Nothing Compares To You the other day (of my own accord)
it's so good, what can i say

Here are some of his latest works in progress. 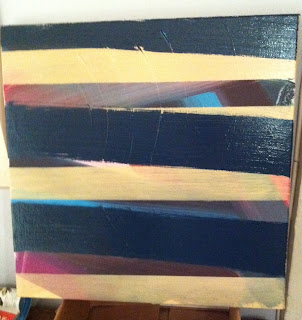 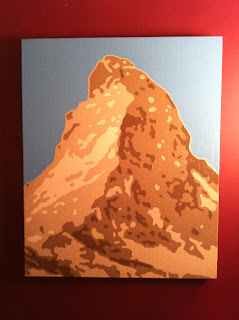 Love the Matterhorn. (or am I wrong about that painting?) One day I will have lots of money and we will come to New York and buy a painting from Sean, because I love what I've seen. I am also assuming that this post means it's his birthday, and if so I wish him a happy one.

First of all Jen there is nothing funny at all about Hold On. It is the soundtrack of my childhood and I share Sean's passion for it. Total Eclipse of the Heart is a little bit funny, but still rocks so hard and I defy you and anyone to listen and not be compelled to belt along.

Lastly, a very happy 34 to Sean—we miss the days we got to partake of your wit and hilarity more frequently. (This is a passive aggressive plea to stop being too busy for us.) Happy Birthday!!

Together we can take it to the end of the line. Your love is like a shadow on me all the time. I don't know what to do and I'm always in the dark. We're living in a powder keg and givin' off sparks.
*Bonnie Tyler = Genius.

Also, I love Sean And Happy Birthday to him! Yay!

I have no idea if it's the Matterhorn.

no need to come to ny! Sean's art is just a click away:

Living in a powder keg and givin' off sparks?? i had no idea.

Linsey, you are dead right, as usual. About everything.