We try to go into the snowy mountains at least once a season. Looks like that's all we'll be allotted as this has been the weirdest January ever. I don't love the whole climate changing thing, but my body loves the sun-exposure so I'm slightly torn.

That aside, let's take a look at this little hipster we have for a son. 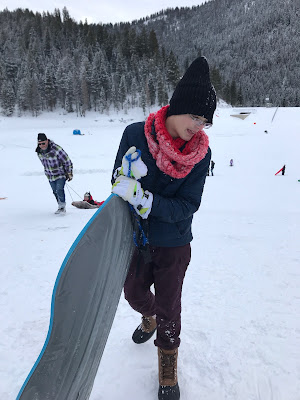 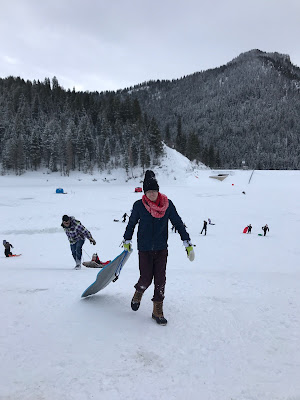 He's so hipster, he doesn't even know he is. I tried to explain it to him and he didn't get it. But I found it difficult to explain anyway.  "Just.. thrown together, hodge-podge style? So that it's cool? But you don't care? which makes it even cooler? Hmm." 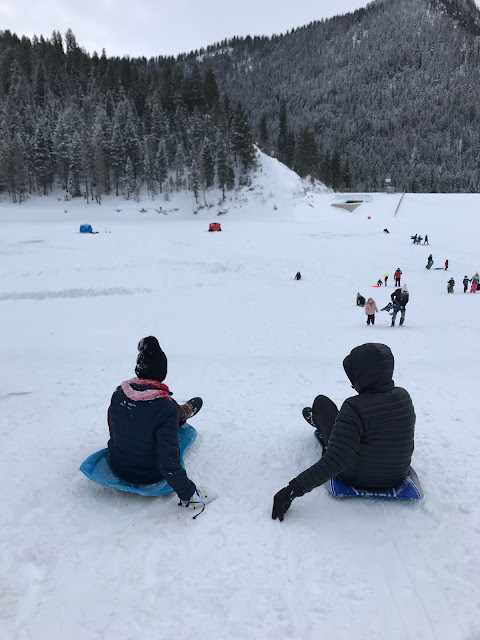 Sean and I are too old for this. But also, they are precious moments. We feel that fact acutely at all times. Also, once I get going my old 13-year-old self returns and I get super into it. I used to be fearless, I used to LOVE sledding. I used to just go down huge hills.  And now I'm scared, afraid for my back. It's weird, grappling with oldness and trying to unearth old versions of myself buried fathoms below.  She's there, though. She's still there. 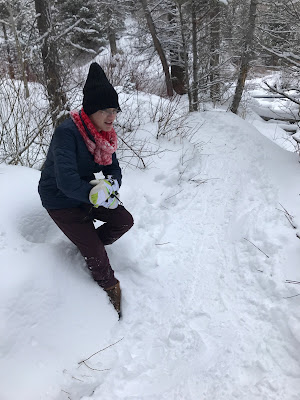 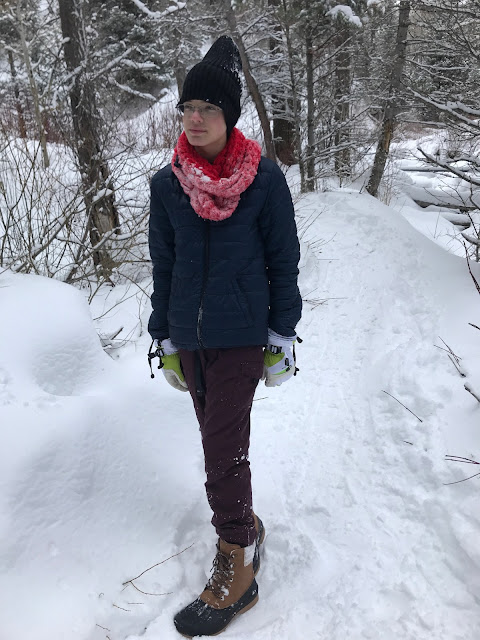 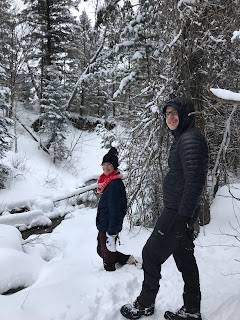 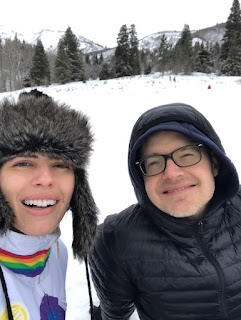 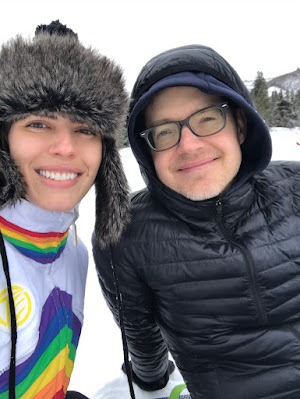 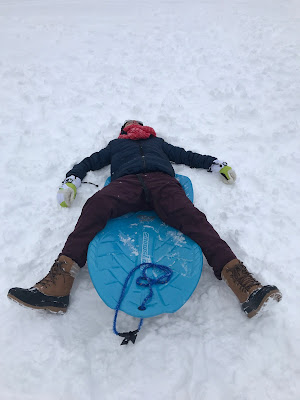 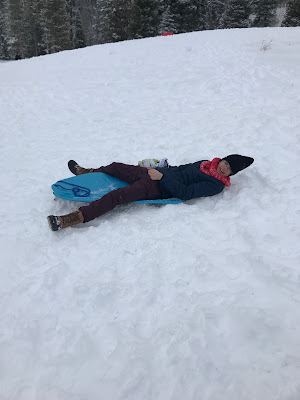 Lastly, I bought this cool snow suit online and the sizing is just wrong, sadly.  So I made him put it on and after much reluctance he did and we laughed and laughed at him even though it fits him super well. 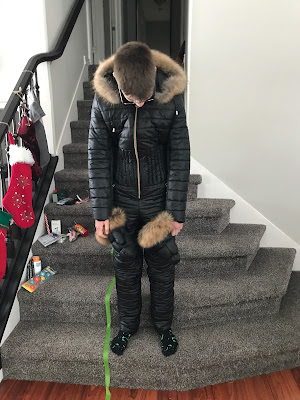 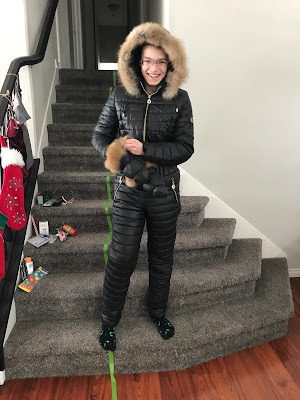 As a natural-born hipster, I honestly think he can pull off anything.  But, comme tu veux.