A few years ago, we played a few April Fool's Day pranks on Julian who was about five years old at the time.  He loved them but was a little bit flummoxed as to why. Don't worry about it, Julian.  Well since then he has really come to appreciate a solid prank and each year, Sean and I don't really do anything because I never remember and I want it to be good and my last-minute ideas are lame so we don't do much and it's really quite sad.

This year, however, was different.  First, the Sunday before, Julian was sure we were well into April already (how could March have possibly been as long as it was. Like, really, how)  and he sadly exclaimed that we had missed April Fool's Day.  This gave us a peek into the desires of his heart and the good fortunate of having NOT missed it, so there was still time.   I expressed my desperate wishes to Sean to really make it good this year and he and I, in spite of our collective stress and exhaustion and general bummed-outedness, collaborated and threw together a bunch of ideas the night before:

1. Fake cat vomit.  This was awesome. I had looked it up online and was like, MOD PODGE--ehhhh nevermind.  I get craft-exhaustion before even doing anything. But Sean soldiered on and actually dug some up and made it happen.  I guess all you need to do is mix some mod podge with acrylic paint and then throw in some dried cat food and then bake it.  This one was awesome and totally disgusting.  Our cats vomit from time to time and there's always horrible excitement when we discover it.  When the barfer (usually the big one--probably only the big one) starts making his noises, I start guiding him away and onto hard floor or outside if we can get there. Every time I do this, memories of my mom swiftly walking us kids as the stomach threatens to expel, hurriedly to the bathroom.  I laugh every time because my cat has been trained by now and, I swear, almost expects it.  That was a tangent.  Here's the barf: 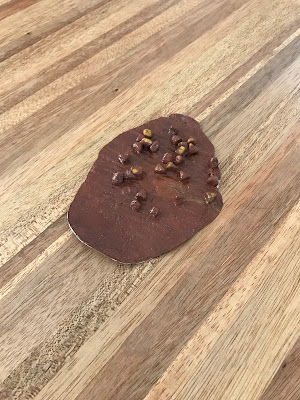 This was probably the most successful prank.  I put it on his bed and he didn't notice it until well into the afternoon, when the cat was lying innocently next to it.  *gasp*  "EW!!!"  *running in terror from room.*  I tried so hard not to smile through this to make it last, but it was too good.  Well done, Sean.


2. Spider drawn on the outside and bottom of cup. Julian has serious arachnophobia so this was a good one. 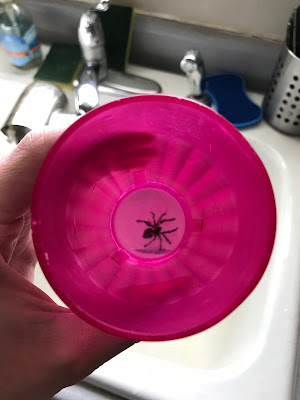 How did it go? Well. Very well.  Sadly, Sean could not be present for most of the moments, per usual.  But I gave Julian some water and a while later got a good, rewarding yelp. 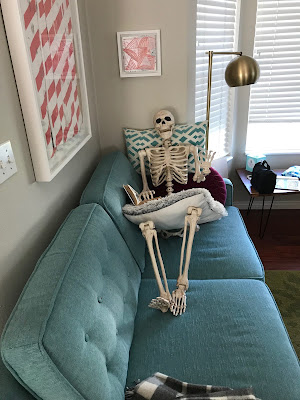 I kind of feel like we should bring him out at random times of the year and pose him just for fun. Last Halloween we had him sitting on an old rocking chair on the porch. We brought it in and forgot about it and when I went downstairs and saw the shape of a sitting someone in the darkness I about LOST IT.  Way too easy to prank oneself with that thing.

4. My ugly mug Sean found from the doorbell spy cam and printed it up--ha ha ha.  Put it on the window above the piano.   "Julian, could you open the blinds and let in some more light?" 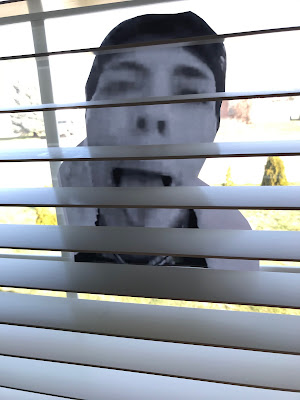 5.  Crepe paper'ed the bathroom.  Not pictured is a printout of his face under the toilet seat, as well as a toilet full of green water. 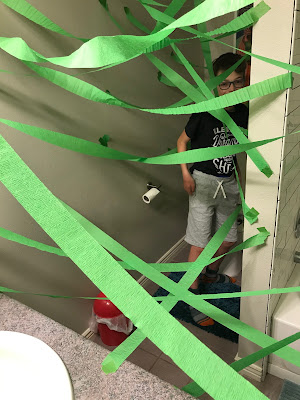 6. Not pictured is a web of string just outside his bedroom door.  He noticed it before he got caught but he was delighted nonetheless.

7.  Lastly, I woke up that morning and in a sleepy haze, tried to look at my phone and noticed something was very wrong.  There was a huge inexplicable crack on it and I couldn't push the "home" button for NOTHIN'.   In my stupor and morning dumbness,  i immediately began to freak out and somehow was able to text Sean and frantically question what in the hey happened to my poor, surely busted up phone.  I usually set it in a drawer on my nightstand where I keep all kinds of things (aaaall kinds of things--curious now?) and thought I'd somehow bashed it in my sleep-fumbling during the night?? Anyway, here you go: 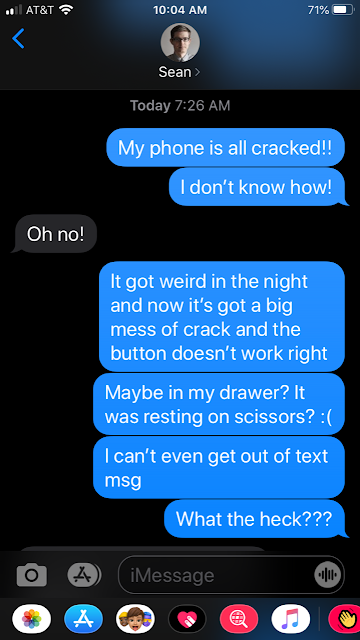 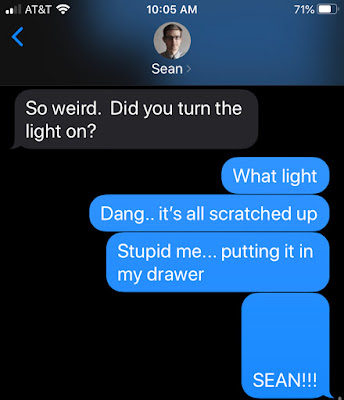 First of all, it was expertly done. Second, again, i was out of it and in a daze. But third, Sean isn't much of a prankster. He rarely plays jokes on us even though we are constantly teasing and playing jokes on him.  And even more bewildering is that apparently he's a prank WIZARD.  He came up with so many things so quickly, I was a bit astonished and declared him gifted at this. Who knew?  Who knew.  He got me good here. It was kind of embarrassing, but I applaud. 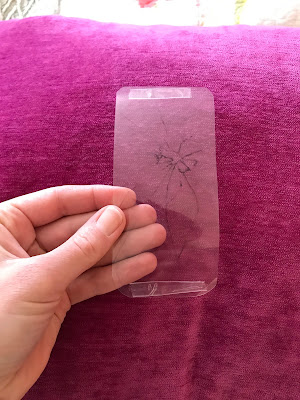 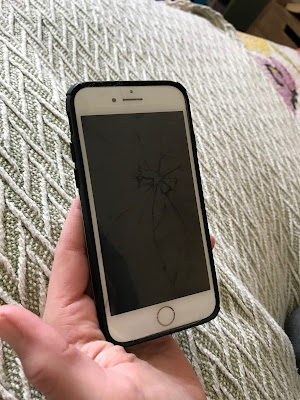 Julian loved it all.  A friend of mine said on the Facebook, "turns out april fool's day jokes are my kids' love language" and I have to agree.  Making people believe believable and false things isn't super fun to me.  But stupid crap like this IS, and it made for a nice break from whatever this is we're all living right now.  I especially loved giving the kid who is rolling with all of this way too well, a nice reason to laugh and have some silly fun.