IT'S A HALLOWEEN PHOTO BLITZ! It's going to be a lot so it might be less fun for you, more fun for me 40 years from now.  But let's get started:

First, falltime is a good time.  Let it be known, let it be written:

We took a weekender this October down to Moab to see some arches which is always a good idea, in case you're wondering:

Our first hike was to Delicate Arch, a first for all of us.  It was great. Short but steep, with the coolest cut rock path. I love things like this: 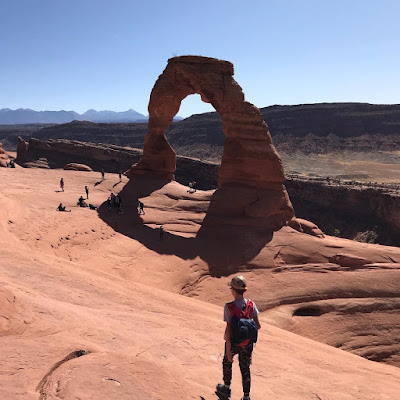 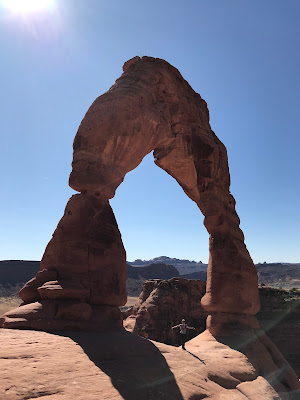 Seeing stuff like this person is always a little bit of a shock to me. It was just so big.  And I don't expect it to be because I just never see big natural statues like this in my life.  It always takes me a few minutes to really take it in. 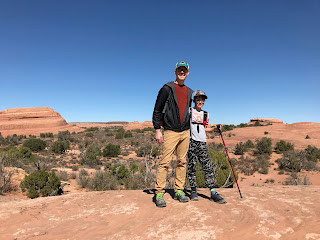 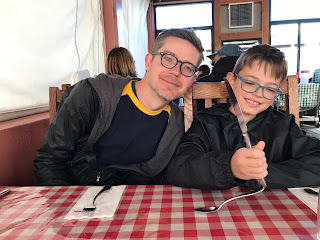 And some bonus arches, also impressive, with fun hikes: 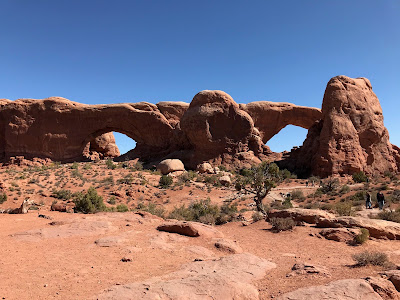 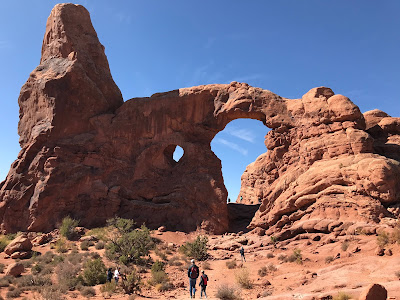 Also, we busted our behinds to the mountains and caught the fall in early October before it was gone, baby, gone.  We found an amazing hike that was straight up magical. 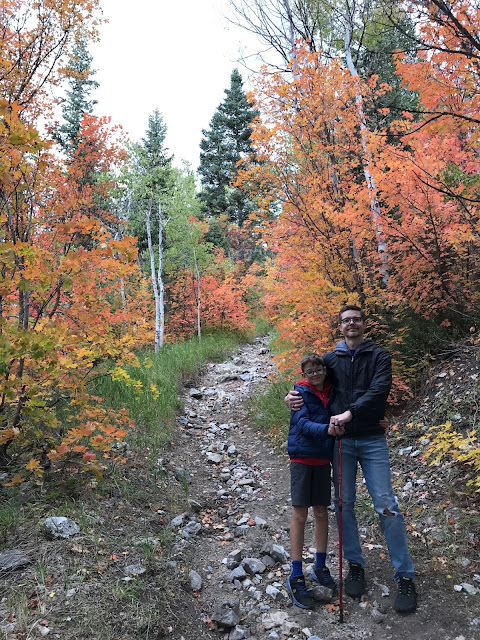 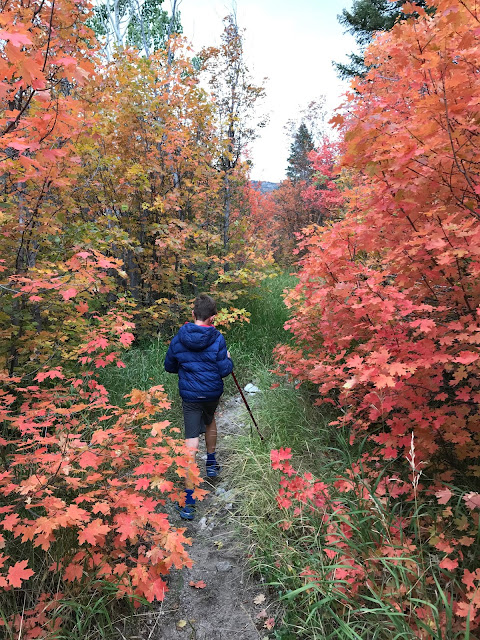 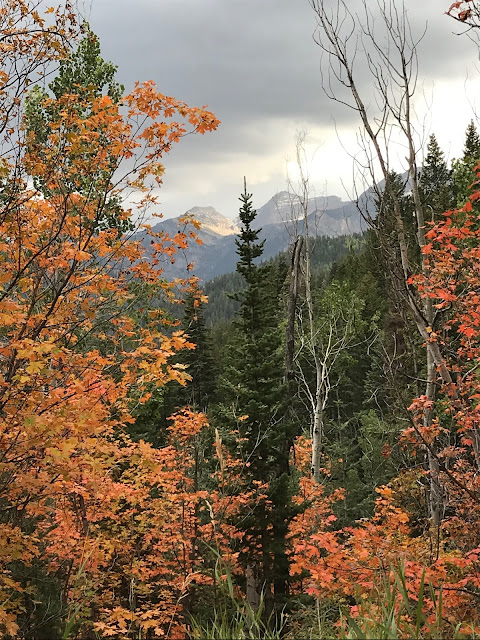 This year I demanded large pumpkins to carve. I just wanted them BIG.  And Sean and Julian delivered. They scraped them out one night and then we got to carve them on a separate night which is kind of the way to do it.  No one wants to get creative after battling it out scooping out the guts which is just the worst.  Special awards to Sean, as always, for all the reasons.


I luxuriously watched this happen from my spot on the couch hearing all the dialogue go down, laughing, and basking in not being in the thick of it. But when it was done, of course it was, "That was fun!" 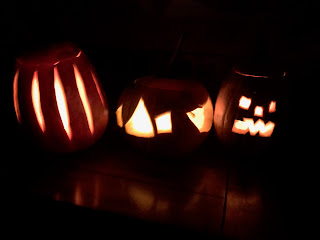 Julian is adorable still and I hold on to it with a death grip every single day.  What helps is when he wears things I force upon him, like my favorite sweater:


And then one with Mr. Bones, of course.  I love this:

Julian has this favorite activity he's loved since he was 0.  It's special because he has few on his list of "favorite activities" so it's a true joy to see him take so much pleasure from these things.  This one, he has dubbed "funmaking" is an activity i enjoyed as a kid, which was sprinkling or pouring my mom's spices or other condiments into a bowl of water and pretend we're making some kind of soup.  But we've stepped it up a notch and let Julian use what-ev-er. All the expired stuff.  It's a lot of junk in that pot and perfect for a Halloween brew. It was even green (thanks to dumping in a whole can of green super food powder that none of us liked)

Look at the Halloween prank this avocado played on me. By being the TINIEST avocado the world has seen: 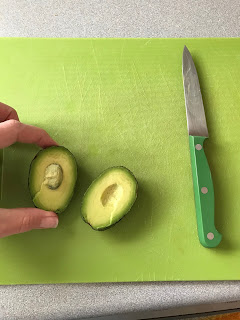 At least the pit was small too. Nothing's worse than an avocado with a hugely disproportionately large pit.  Kind of like a lemon with a too-thick peel.  Like THIS abomination:


Speaking of food, I was making some of my new fave pancakes-- don't worry, recipe coming to the blog soon--  Sean gasped and asked if I had meant to make a face: 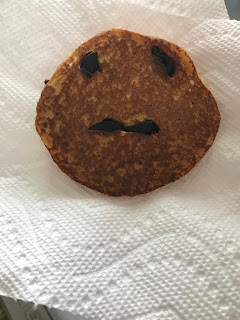 And I was like, "no." And then he gasped again later, even harder, and I explained this time it was a yes: 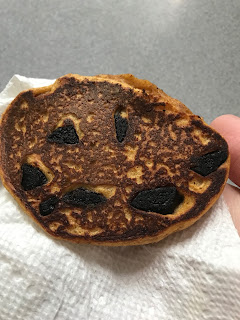 Like every other time of year, Poe has been on my mind this Halloween season.  I always like to read The Raven just to remind myself what goals I could have.  And then my favorite 3-year-old across the street has a Raven book for children and she came over once and I asked her if she'd like anything more to eat and she said in her funny raspy adorable voice, "no... nevermore!" and I died (not yet knowing about the book).

So it's been a theme.  First with the apple ugly:


And what I made on the back of his head: 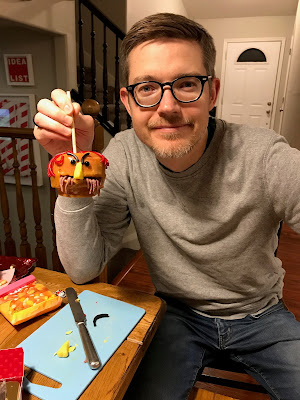 I think I need to see a close-up of that apple, Sean. 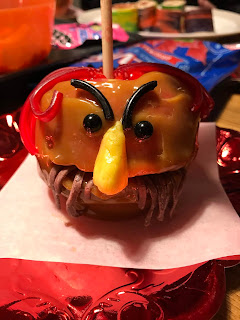 I showed this to him and he couldn't remember making it, really.  I guess stuff like that is not very memorable but still, what's happening to us?  It's like we were drunk but instead of drunk we're just old.  Yay.


And here are some cats because, again, Halloween: 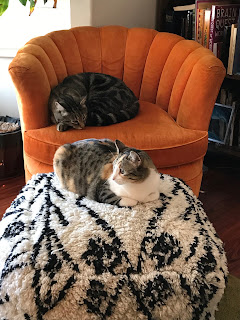 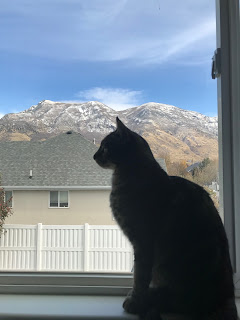 I kind of wish I didn't have this neighbor's house obstructing my view. However, they have this little bobble-head, always-moving/dancing flower in the window and I love it so that makes it ok.

I feel like I posted this at some point since it's been hanging on my fridge for a year and I love it but, you know, better to be safe than sorry: 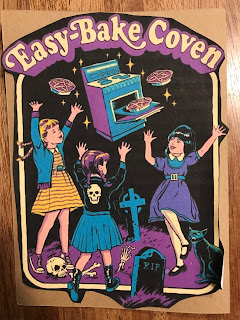 I have realized that I'm always a little bit Halloween.  It's kind of who I am inside.

The next thing has been a favorite activity this scary season. Sean bought a mask out of the blue, possibly for a costume? But it didn't work. So we've been hiding it around the house for each other to find.  He got me good yesterday with in the fridge: 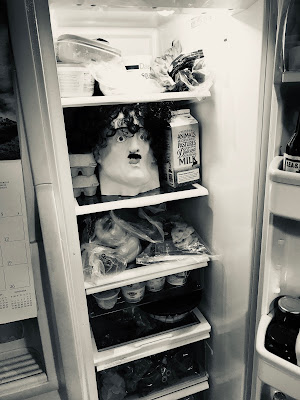 But Julian got him back:


And now the costumes: 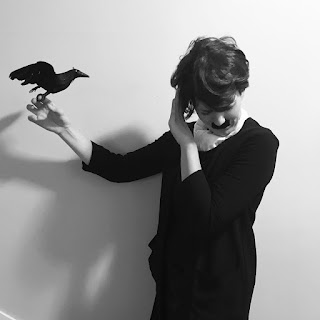 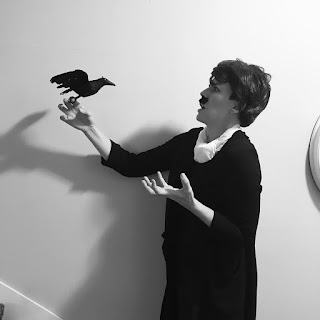 We struggled to come up with something for Julian. He just couldn't think of anything and the clock was ticking.  I kind of demanded that his be homemade this year since we're running out of years, which he was ok with. But what? What.  We started throwing out random ideas and landed on kind of a bizarre one. It turned out AWESOME of course (Sean's #1!) but is super random and funny which really just makes it better: 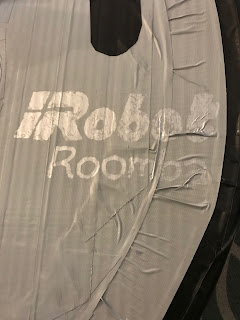 Ha ha! He practiced bumping into things and spinning in place. When he came home today from school he said "doo doo doo doo {ominous song}.. recharge roomba" as the voice of the roomba lady who instructs us from time to time. Excellent. Maybe one day he can be an ipod and be....

All three of us.  Sean was uncharacteristically and entertainingly excited about this fuzzy onesie this year and got me one too which I shall most likely don tonight as it is frigging cold today, as usual, Utah.  I remember wanting just one Halloween as a kid where I didn't have to wear my coat over my costume. Just one!


Also I dyed my hair purple. Someone was like, "oh, for Halloween?"  "Yessss...Halloween." 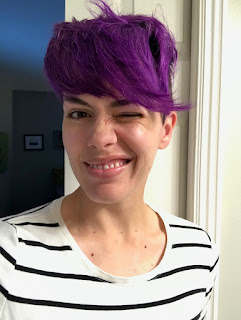 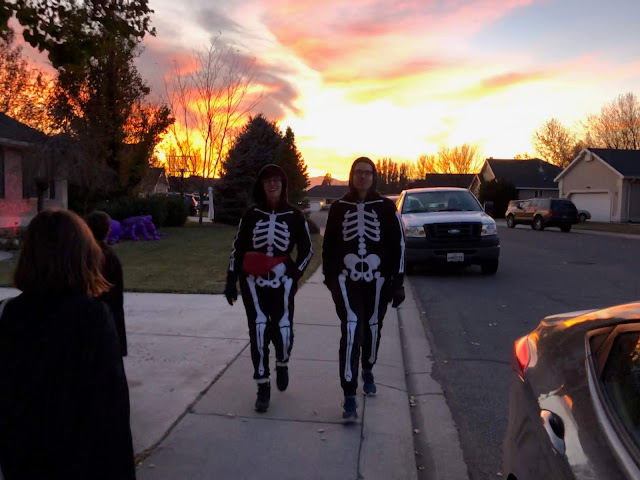 I am super impressed with it all. I do Halloween so lame and it's really fun to see people who do it right!!

And NO, that Easy Bake Coven picture had not made an appearance on your blog before, because I definitelly would have remembered that!

And I love the purple hair. Let me know if it doesn't just wash out-- that's the one thing keeping me from doing something fun like that. I'm worried it's too much expense for something that will be gone in a week. I can't wait to show Craig Julian's roomba costume!


(BTW, this is Alanna. Google always wants me to be signed in as Craig and at the moment, I'm too lazy to fix that.)

Not in a week, but it is washing out, gradually. I was instructed to wash it as infrequently as possible so that's what I'm doing. Time to implement those classic "half-washes," where you put shampoo only in strategic places. This works for me anyway since having super clean hair makes my hair look like a major bummer. It's been about 2.5 weeks and it's still very purple but not as dark and intense.