Remember that thing I thought I made up, nowstalgia? Feeling nostalgic for a moment or a place you're in? I felt it a little bit while I was in the shower this morning.  Well, not about the shower, exactly, but what it represents. We have a rapidly declining water heater and we're forgetting what it's like to have a proper hot shower that stays hot.  I think if we were to make a list of our vacation highlights from a few weeks ago, we'd all definitely add "hot shower" to the list because we all appreciated it that much more since it's been a while. It's turned into this weird thing where the water temp is super dicey for basically the whole shower. If you do happen to get it to a decent temperature, it won't last, so it's a race against time.

However, something happens when a second person showers after that initial shower. You have to give it a while, maybe thirty minutes.  It gets the water heater going-- primes the pump, if you will. And you have a good chance of having a longer than normal shower of warmer than normal temperatures.  It's super sketchy and you give a cheer if you get it. I sometimes make Julian take a shower just so that I can take that better second shower a little while later, ha ha.  We all fight for that second shower.

While showering--and I really should have not lost my focus. Time is of the essence!-- I remembered that first apartment Sean and I lived in, the one we often commented on while living in as "the best first apartment-- it'll be so fun to talk about it years from now."    The Orange Apartment, we called it, on 587 Vanderbilt Avenue in Bklyn.  Beloved. It had one bedroom, the floors and ceilings were sloped and the structural lines never matched up so you always felt like you were living in a funhouse, and the walls were painted a bright pumpkin orange. There were so many old and quirky things about the place and we knew we had a gem. We definitely felt nowstalgic about it at the time and now it's just plain nostalgia.  We lived there for two years and the water heater was always not awesome. If I recall correctly, it was like, the faucet was SCALD and the shower hot water was barely warm.  We got superstitious about it, like, if we start it out with a small trickle and slowly build up, it might give the heater a fighting chance to keep up and you might get to a tolerable temperature.  But all kinds of alchemy and ceremonial dancing took place and then when we moved out, they finally replaced the water heater.

And that's what I thought about in the shower today.  That I had known this before, in a different time and a different place.  And I smiled.   This led me to other New York thoughts, as many things do, and I thought about a few days ago when the day was filled with a bunch of busy things.  We got a bunch of apricots from our neighbors and Julian remembered how he used to make little pies with them in our toaster oven and wanted to do it again. I told him to go to the Walmart and get some pie crust and he was considering it when he decided he'd never find it.  So I said, "ok, we're going to go learn Walmart and the lay of the land."   He asked if we could walk. It isn't far.  But it also was 98 degrees. But I said sure. You'll see how fast you heat up.  And I sort of miss being out in the elements and suffering and all that. It was special.  Here, we don't have to suffer. We can drive everywhere and it's easy to forget.  So on the way he started getting uncomfortable and I said, "yup. Now if this were New York, you'd be in the stroller and I'd have a spray bottle handy and we'd constantly be misting ourselves.  Here, though, we bake.  It's an oven. The sun beats down.  There, it's a sweaty swamp and there's no escaping it. I don't mind the oven. I don't mind baking a little bit."     Julian had stopped listening to me a long time ago but I always love opportunities to remember, to go back, to manufacture a moment so its origin is not lost from me completely.

Talking about this took me to a previous blog post, the one about us leaving New York and I was like, duh, of course I'm feeling the extra feels right now.  The time of year is right and as it approaches, it becomes more and more potent.  The presence of remembrance, re-emerged, hanging in the air waiting to be acknowledged.  I read the whole thing, and my heart aches a little bit, but I smile at the references made to the tender feelings, the nowstalgia, how I'm at another point along the story of my life, looking back to myself looking forward.  And we connect. 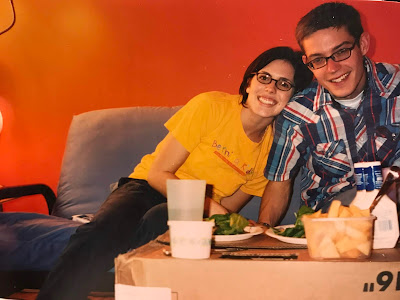 A payout percentage refers to how a lot of the money spent on the machine is returned to customers. If a payout percentage is 90%, meaning the machine pays out 90% of what it takes in. Players spin the True Blood™ bottle through the Progressive Bonus to pick out} one of the major characters. Once they enter the bonus, they select 1xbet from totally different objects regarding that True Blood™ character in an attempt to win the progressive.