Happy new year! Does anyone else feel like they've been transported, via ski lift perhaps, to the top of a snowy mountain? And that's sort of how they envision calendars? No? Just me? Life, or a year in one's life is like one big sledding trip. You're scared of what you might crash into or any unforeseen bumps that lie ahead, but it's still so fun to go down.  Hopefully at the end you made it out alive and can just lie there in the stillness, reflecting with a smile on your face on what a good run it was.

Maybe you imagine being at the start of a race? And come Dec. 31 you decide if you won or lost? Maybe you bailed out of the race midway, in June? Or maybe you've come back to the starting point on a neverending loop of life, like the dirty towel loop in public bathrooms, like this one: 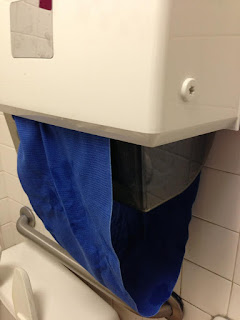 Remember those? Aaah, every time I used one I would be like, what's happening to me? why am I doing this?  Guh-ross.

Whatever the case, I like the new year. I don't necessarily make big goals but I do like to start afresh and think about things I might like to accomplish. Sean and I were discussing this and why resolutions are kind of lame. I guess they're lame unless you're dead serious about it. But the pressure is lame.  I'm perfectly content to make winter resolutions, to be more specific--you know, things to just get me through the winter.  It's more my speed.

Winter, which really doesn't start until January because it's charming and magical in December and more pretend, has officially begun.  So far so good for me.  I told you I had never felt more at ease going into a winter like I have this year.  And that feeling has remained.  Glory, glory hallelujah. I'll keep you posted, because I know everyone is constantly wondering what I'm feeling about the weather. This is why I talk about it so much, because I'm astute to that fact. 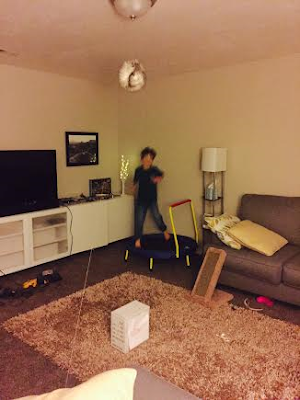 The ball is actually a fur hat of mine, so really it's a furball.  And we dropped it where it touched the box with the 2016 sign Julian made and we made noise with instruments like kazoos, whistles, tiny cymbals, etc. Then we cheered the 9pm new year with  a bubbly drink that made us all instantly gassy and sent ourselves to bed.  I like parties and even new year's parties but no good can come from staying up just for the midnight hour.  If I'm going to be watching Downton Abbey until then-yes. fine.

In case you were wondering, our Christmas was very nice.  I didn't make everyone go on a Christmas morning walk before presents like I had planned.  Only because it was negative a million outside and a hundred inches of snow. Christmas Eve snow--best thing ever.  My purpose for the walk was to have some Christmas calm before the gluttonous rush. But, turns out we didn't even need it.  It was very calm and low key. We were determined to scale back this year and we were successful, I think. Happy day for that. Julian finished his presents and happily handed out others, including all of his possessions he had wrapped in printer paper 6 weeks prior.  We found our cat, by the way.  We just did it. We found him and bought the supplies and jumped in. We put him in his carrier under the tree and when Julian saw him he fake fainted which was pretty great. He is the CUTEST little thing in the WORLD. And yep, I am now a person who's going to post cat pictures. Of my cat. My super interesting, ray of sunshine, noteworthy cat. Because he is. All of those things. 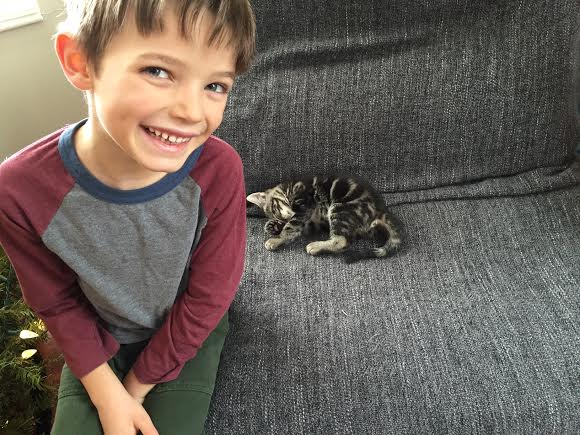 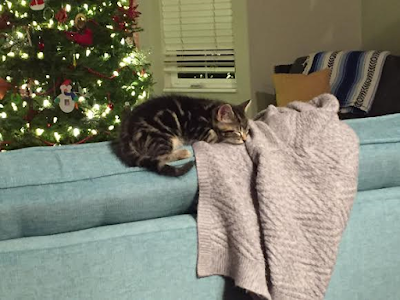 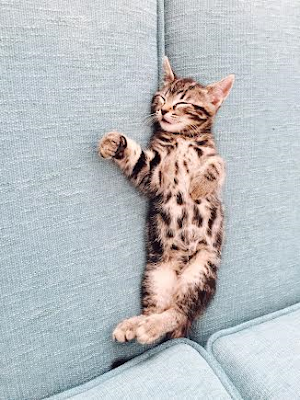 His markings are so cool and mysterious. We believe they are some kind of ancient runes, the significance and meaning of which will be revealed to us on a day in the unforetold future. When we're ready. We've named him Pepper but don't really call him that.  Julian and I took him to the vet which was new territory for me.  We sat across from a family of three, each holding a dog on their lap.  I filled out an information sheet and laughed when I came to the part that looked like this:

Do you consider your pet:

I could have interpreted this to say:


How do you feel about your pet?

I wasn't sure how I felt, so I put a big question mark right between the two options. I hope I didn't unwittingly file Pepper in the "at risk" category at the office there.

He really is adorable. We're learning how to have an inside pet, something none of us has ever known. But it's so fun to have a furry friend who cleans himself.  And takes naps on our laps.  He bites our ankles but it just keeps us on our toes.  Julian is learning how to be around his cat brother. It's fun to have someone else in the house tease and taunt him so I don't have to carry the role of sibling quite so often. And Pepper is very good at it.  I'm going to stop talking about my cat now.

In other winteral news, we've been snowshoeing but really just me because Julian bailed at the onset, therefore making Sean bail as well.  We'll try again one day but for me it was soooo fun. Just beautiful. Two pics I took: 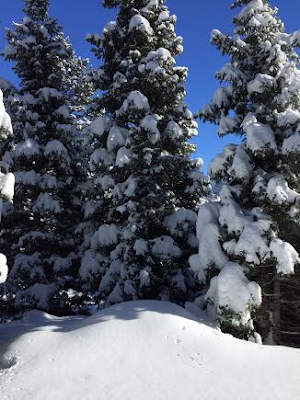 The heavy boughs weighted down by heaps and heaps of the fluffiest thickest marshmallow snow. It makes me think of the scary weird marshmallow foam boat on Willy Wonka and the Chocolate Factory. It was just everywhere. At one point a friend in our group held the trunk of a tree to steady himself as we shoed down the mountain and it rewarded him by dumping quite a substantial snowfall right on top of his head. It was a sight I was lucky to behold and laughed at his expense, thanking the heavens for giving me that special moment. 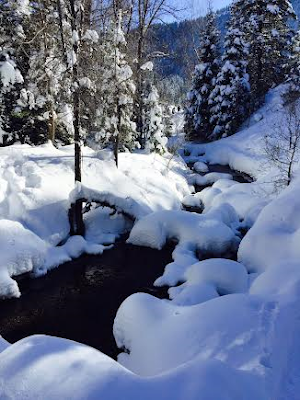 So magical, so therapeutic. Nature is medicine. I dragged Julian up again on another day over the break and he was miserable the whole time but I was not deterred from soaking in the magic. And I'll try again and again.

I call these pink mountains majesty. Sean requested I take a pic.  The sunset reflecting off snowy mountains--aaahh! [Hearts for eyes] 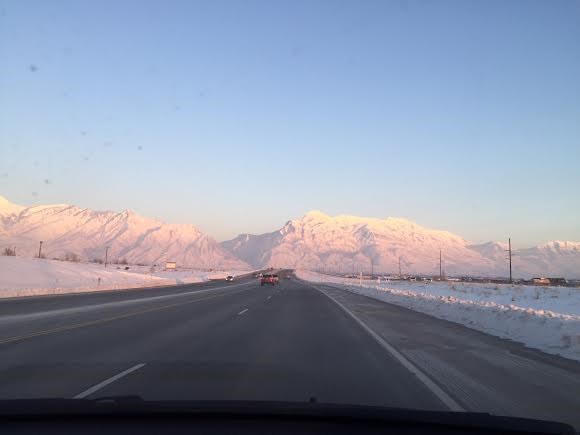 Near my house. You had no idea I relocated to the planet Hoth. Neither had I.  Snowy wasteland. 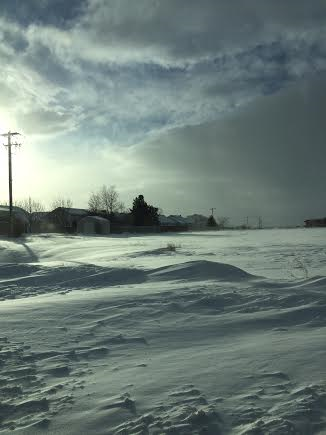 More snowy mountains. They are different every day, at different times of the day. I love them and they love me. 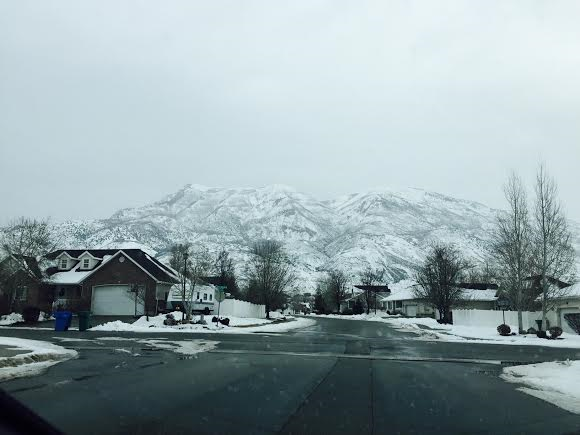 Moving on, remember how we used to make summer lists? No? Here's a link to remind you. Click.

Well today, Julian made a winter list at school and frankly, it is just the best.  Take a minute and see if you can crack his code.  Also, don't forget the illustrative icons to the side (much like the list of summer).  Too dang cute. 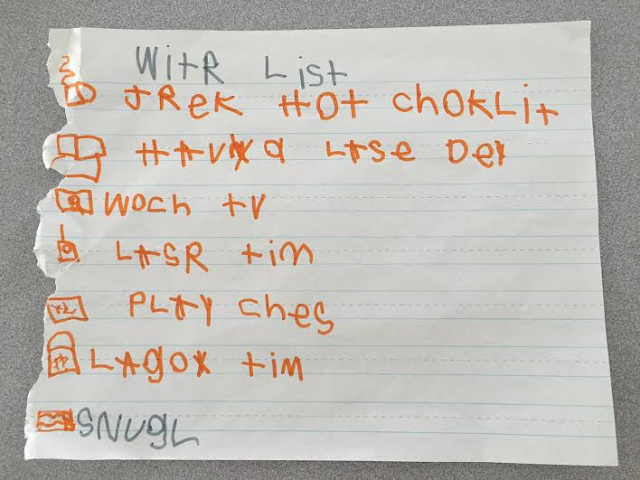 He said his teacher let him rip it out of his journal to take home which she never lets anyone do, but he could just this one time.  Yay.


Ohhh my goodness gracious.  Laser time is playing with the laser pointer and probably the cat. So good. So, so good.  Since hot chocolate is a nightly affair for me, we are off to a good start.  I'm fairly certain we'll be able to make it through this whole list. These are some good goals.

Lastly, I gave my mom and myself a Christmas present and I called it a winter tree.  Each year I shake off the last dried dregs of fall by preparing for my new coat of get me through the winter. My pretty snowflakes do this,  and this winter tree is part of that as well.  Here it is. 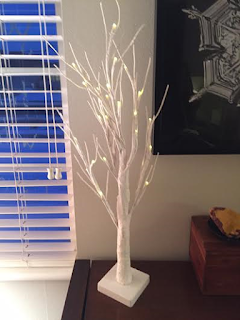 I wrote a poem to go with it:

The Winter Tree
by )en

This is what I've been calling it, and then the other day Sean mentioned it and called it my white tree of gondor and I was like, WHAT IN THE DUHHH!  Instantly it was obvious and I felt quite foolish.

So I looked it up and though it differs from the actual tree located at Minas Tirith, here's the symbol of it:

So I reshaped my winter tree of gondor. (this is dumb but I don't care): 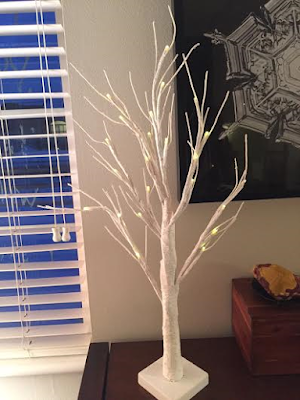