Julian hasn't taken to drawing for much of his short squirty life. He's never been much into crafts either but he's getting more into both these days.  The first time he really sat down with me and worked on a project was when I showed him a book of mazes. He LOVED them and was kind of freakishly good at them.  So I feel like that shows he's got some kind of brain for something or other.  Don't you think?  Additionally, and this makes my heart burst with so much pride, he has a particular affinity for maps.  Whenever we'd go to the Botanic Gardens he would stop at the maps and find where we were and where we wanted to be.  In fact, I have a picture of him intently examining a map of Disneyland when we were there this summer, something I had meant to blog about but never did. 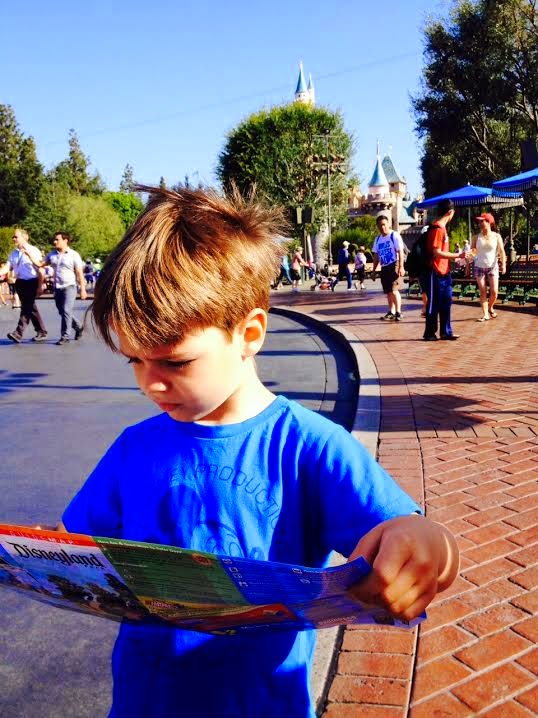 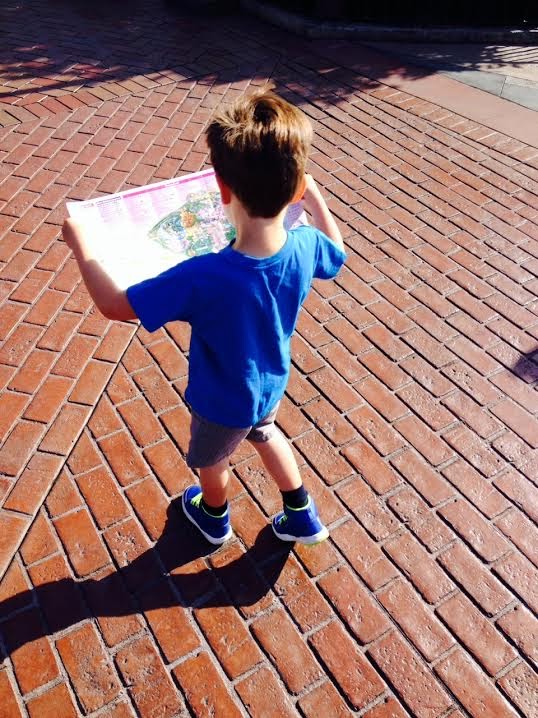 He also has a weirdly strong...uhh.. "horse sense," which Sean claims is a real thing, and because I can't think of anything better. He remembers places and can navigate his way there pretty easily, if he were to try, I would think.  This was evident when he was-I swear-barely starting to talk and we were driving somewhere and he shouted something out about that time we had been there months and months ago.

During his preschool days all his pictures were unrecognizable until he told you what they were, which were maps of some kind or instructions for a new invention.  Which explains why it wasn't obvious at first-- it hasn't been invented yet!

So he's got an analytical, methodical way about him, I guess you could say. It's about form, structure. Logic. Function. He sees no reason to fill in the shapes or objects he's to color, he just puts a dab of crayon in the spot and calls it good. Why color in the WHOLE shape? you know? He sees no reason to continue. Or maybe just doesn't have the time.

When I asked him to draw me a Christmas tree, I had to laugh but then ponder. a) what's happening inside that brain? and b) it's kind of beautiful, actually, in its orderliness. 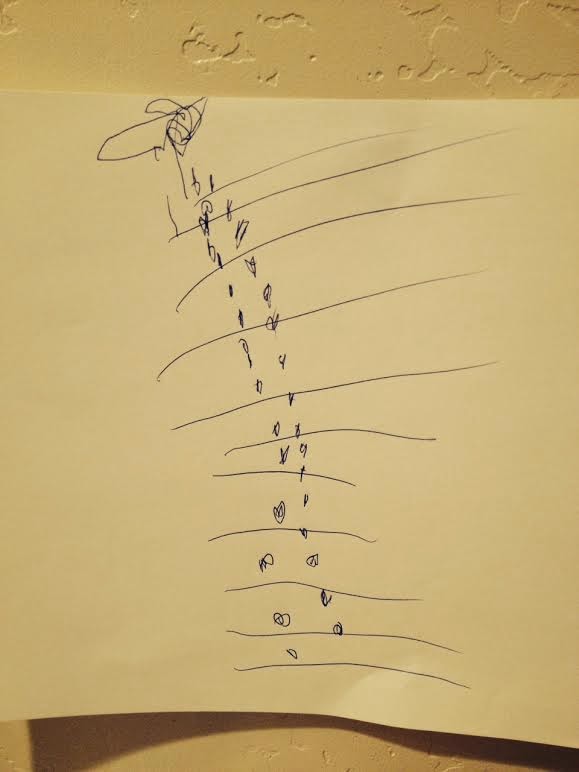 Tree boughs, check. Ornaments, check (TWO rows, in fact).  Star on top, check.  Everything's there! Done and done.  I was chatting with Sean about this and I asked him if there was a certain movement of art like this and artists involved.  He told me the movement is minimalism, which makes sense.  He gave me artist names like Carl Andre and Sol Lewitt and described them as schematic, like a blueprint. Meant to convey an idea more than an object or image, which is again, very applicable to Julian's work. He's often showing me maps or a sequence of events. It isn't just images sitting there, it's something going on. First the pirate ship went here, and then this happened, and then it went all around over to here where this happened.  There's action. His art gives instruction for something else.  As Sean said, he's basically a conceptual artist.  And he's giving me a lot to think about.  I think I'll just sit and look at this Christmas tree for a while.
Posted by )en at 7:35 AM