1.  I hate when I'm watching a show and someone breaks a glass or dishes.  It's supposed to portray the intensity of the moment but I can't stop thinking about the broken glass.  And it's not like I'm a neat freak or anything, at all, but it's glass! What a mess!  Someone's got to clean that up.

2.  Here's another "hate when." Does anyone else hate when Michelle Dockery, aka Lady Mary Grantham wears anything NOT early 20th century style? Ugh, Mary, you tramp! Cover up that clavicle!  It's just so wrong. 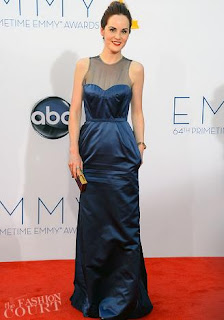 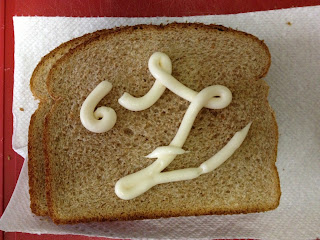 No big deal.  I'm pretty sure that's a Chinese proverb of some kind.

4.  And while I'm talking about exciting lives (mine),  I thought I'd copy a text conversation I had with Sean just now.  I'd put in a screen capture but i don't know how to do that and it's long. plus, i just really like to type.

JEN:  I just acid refluxed so bad it almost came out of my nose

I'm gagging down pieces of bread to soak it up

It was going into my lungs

And that happened last night too, right?

SEAN:   We have pepto in the box

What was the reflux event like?  A little stomach contraction kind of thing?

I think you mentioned it right before you were going to bed, that you threw up in your throat.

JEN:       I don't even know. I thought I had a little burp so I tried to help it along and it turned on me, it  was NOT a burp. It came out of nowhere, just hiding, lurking in my throat nethers.

Before I went to bed?? Why do I have no memory of this?

It's still in my nose.


5. Don't you love when you have a spontaneous magical moment? That is super vague, and kind of dumb.  "Don't you love when good things happen?"  Boo, let me start over.  Or how about I just get right to it.  So Friday night Julian and I were in the middle of The Doldrums, also known as 4-6pm, and after I gave him dinner I turned out all the lights but one (ambiance) and he and I played the piano together.  First we played the Titanic song and we both got a little weepy, which is how Sean found us.  And then I started bustin' out some 80's and our happy-o-meter broke through the top.

But let me back up real quick. These days I'm teaching some early morning seminary. This means I get up before the butterscotch of dawn (< -- autocorrect I have adopted from a fellow teacher and friend of mine.* Makes it sound downright lovely. Guess what she meant to type?) to the best song ever invented, aka Faithfully, by Journey, and drive to a church and teach 5 teenage gems.  On the way there I listen to my MoTab pandora station.  On the way back I listen to my Faithfully station and get THE BEST stuff.  It's kind of a highlight of my life right now.   I am explaining all of this because it's what started the Friday Night Good Thing which eventually ended up being Cindy Lauper and Time After Time on the piano, which quickly moved to finding it and other 80'stunes on the AppleTV and having an impromptu karaoke party which ended with us singing along with Celine singing, again, about her heart going on and Julian and I, again, getting weepy and ending the night with an emotional bang.


* Ashamedly but also most entertainingly, I first had written "autocorrect from a fellow teacher and friend of mine that I have adopted."  HAHA!  I considered leaving it but just couldn't, in the end. Let it be a lesson: it  pays to do your Daily Oral Language.


6. Lastly, something that tickles me lately is what Julian calls this guy: 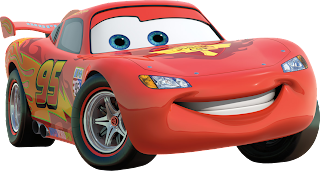 I know, it's unseemly. She shouldn't be allowed out like that. I just had to look up photos of her and I thank you for not putting up the side-boob picture. Now that is unseemly.