First, a continuance of winter wonderland: 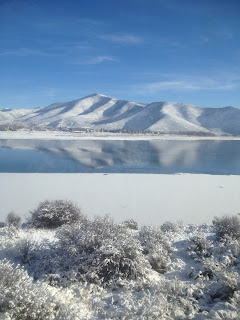 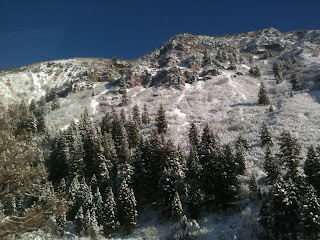 So beautiful.  I'm not sure I've ever seen such glue-like snow, where every branch, every twig is covered.

And on that note (of wonder),  behold your Holiday Mannequin! 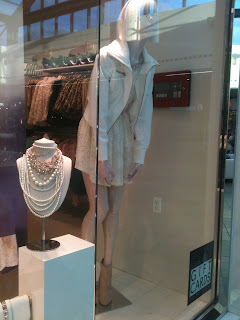 They say your interests are your kids' interests.  And nothing says Merry Christmas to me more than a zombie-mannequin donned in gay holiday apparel.    Zombie = high fashion!

Speaking of mannequins, we went to a sporting goods(?)/outdoorsy store and Julian needed to have a moment with his BFF: 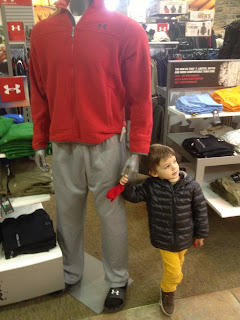 His name is Mannie. Because i accidentally saved the photo as manniequinbff.  It feels right. What a dear friend.

I can't think of a single word to introduce these next two photos. I think i'll let them speak for themselves. Together they tell quite a story: 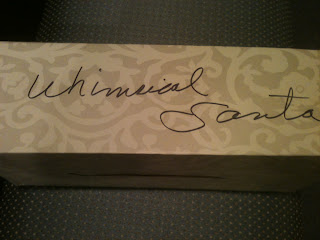 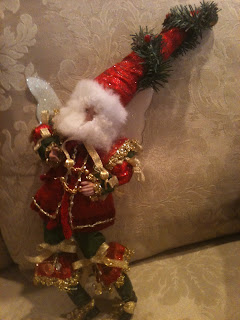 I went to the Holiday Market at Union Square only once but it was the most magical it's ever been.  The little booths were so cozy and there was the narrowest walkway in-between them.  Fortunately i was stroller and kid-free and I was left to wander and soak up all the delights, like this little shop selling the most amazing-looking spices and seasonings.  They had this super long scoop with which to collect whatever you wanted and they did it with such ease. It was really quite a show. 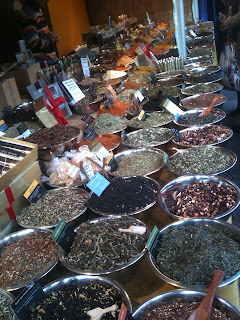 On a walk one day I saw all these brownstones with the loveliest decorations on their stoop.  You can't quite see the full effect here but these little stone containers(?) planters(?) were full to the brim of ornament balls. Love! 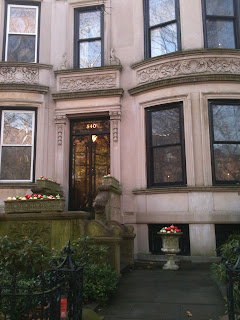 And here was its neighbor.  Love the wreathiness. 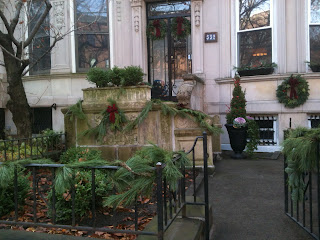 And Merry Christmas, suburban grocery store! And just as magnificent: 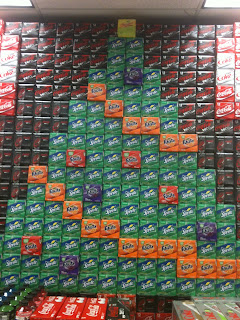 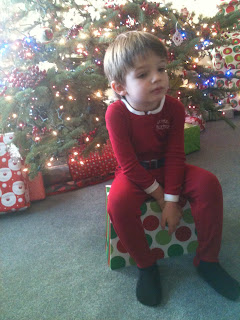 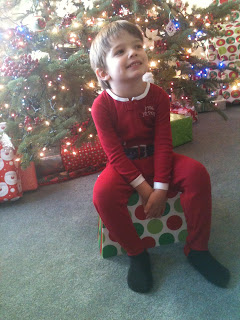 We went to see the Dyker Heights Lights again, and came upon the White Christmas Tree of Gondor! 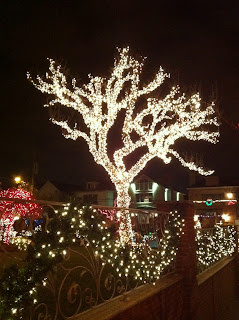 I am sure they decorate for the season in Middle Earth.  Spectacular.

I participated a little in a cookie blitz.  I made the least pretty one, but still a favorite. It's the gumdrop cookies my grandmother used to make.

The others are a jammy thumbprint, rugelach cookies, macaroons, caramels, and snickers. 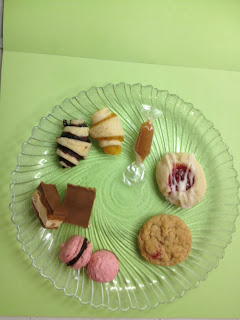 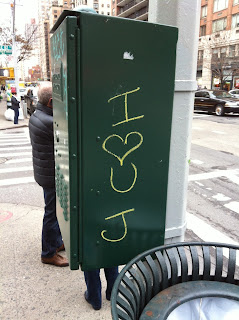 We recently visited the Train Show in the Botanic Gardens in the Bronx.  I don't know why we haven't been before.  Those gardens are the real deal. Ours are lovely too in bklyn, but this place was huge. And the train show? I can't even describe.  I was speechless.  So they installed these train tracks and little replicas of NY structures and bridges made out of twigs and sticks and leaves and stone and who knows what else. AMAZING.  And it was inside the conservatory so it was amongst lemon and grapefruit trees and orchids and flytraps and crazy beautiful plants.  It felt like a combination of Rivendell and Willy Wonka's Chocolate Factory (the room with the chocolate river and giant gummy bears).  It was almost too much to take in.  Here are some pictures: 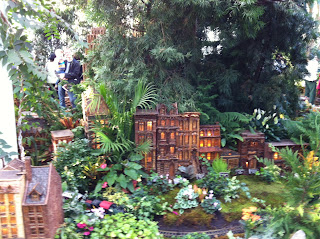 All these little train sets were set up weaving in and out of the structures. The bridges were up above you in this sort of narrow walkway.  Here's the Brooklyn Bridge: WHAT? 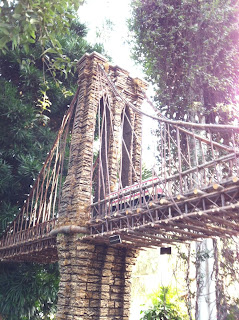 I know.  And here's the cityscape: 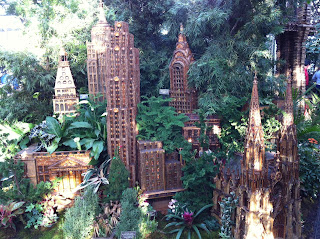 Some cool building and a Julian, perplexed by all the mad detail: 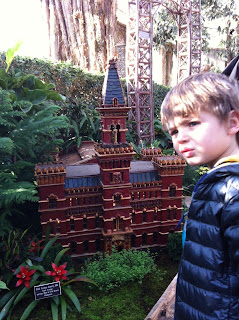 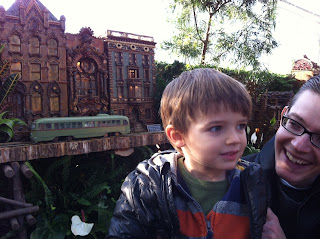 I loved the leaves they used for this roof: 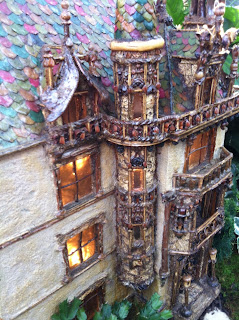 Don't you want to live there?  I think, more than live in the real-life version, I just want to be shrunk small and live in all of these.

And go to the Met Museum, of course: 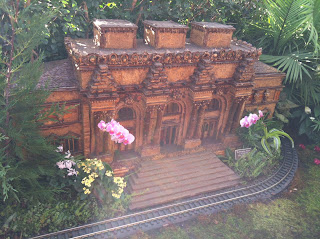 And catch a ballgame: 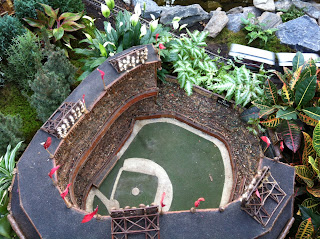 At the end i set the phone on the track and risked its life to snap this pic: 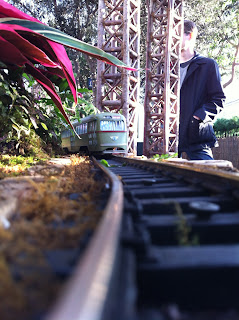 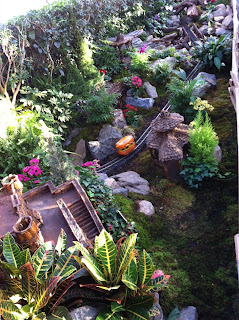 I took approximately 300 more pictures but for you, I've cut it down to only these. It is Christmas, after all.

Julian and I went out to build a snowman. A real, proper snowman.  The snow was ideal and I rolled an enormous roll for the bottom.  Perfect.  The problem came when it was time to heave the 2nd roll on top.  Not happening.  So I decided to make the next best thing, or perhaps the real best thing...ever.  in the world.

It was glorious and fun to ride, but something wasn't right. 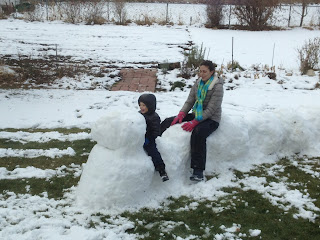 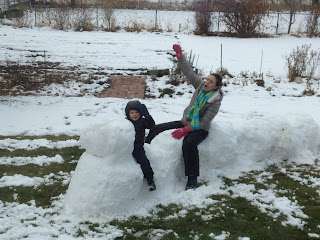 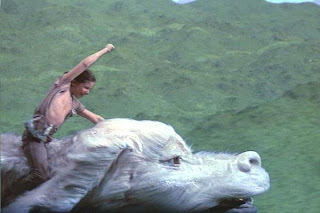 But it still wasn't right.  Something was missing. 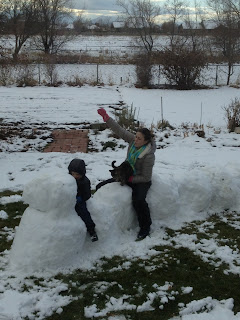