Going out to dinner with Sean is really fun.  It helps if the food is good but it doesn't have to be. Back in the day, dinner was our thing. We did it really well. Lately we've sort of slacked on it due to the feeling of the pickings feeling somewhat slim and also the ease of delivery and other general laziness.

Yesterday we found ourselves in a different neighborhood and stopped at an Italian restaurant with outdoor seating that felt nice, intentional.  The idea to dine out had been somewhat spontaneous. I hadn't dressed necessarily with this in mind and was wearing a black sleeveless sweatshirt with black sweat shorts.  The place felt a bit upscale, at least compared to what we were used to. We settled in and started the night with this fun exchange:

SEAN: I can only think of Goonies with that.

JEN, laughing: Yes! Yes. I've never put it in those words but YES. 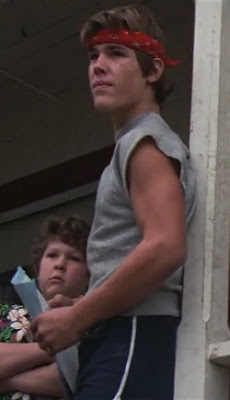