We Are All 6th Grade

We attended Julian's graduation from elementary school recently. Sitting there watching the kids and thinking about all the things Julian tells me about his life at school brought back so many memories and feelings and I realized what a big deal 6th grade was for me. I watched the kids bring in their chairs, a minor thing I had completely forgotten about but put me right back there.  I saw the kids at various stages of puberty, never even knowing where I was at that time.  Somewhere in the middle, I think.   I listened to their speeches and talks and saw how ready they seem to be for taking on this new big step of life. They reflected on what they'd learned this past year, what they were unsure of, and also excited for.  I felt super proud of them but also felt this surge of remembrance and realized that I am STILL that age. That maybe no one completely ages out.  I remember who the cool kids were, the artistic kids, the funny kids who made the teacher laugh, who my crushes were, the kind of person I wanted to be but wasn't, yet, at that time. Julian gave a speech. He was nervous but bold. Before, when she notified us he'd been selected, his teacher suggested he practice his speech or, you know, improvise, as he does.  We let him do what he wanted. I felt super proud of him for developing his sense of self thus far.  This is a lifelong process for anybody and he is already making a name and space for himself. 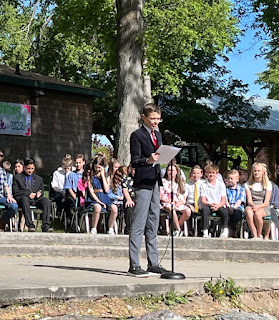 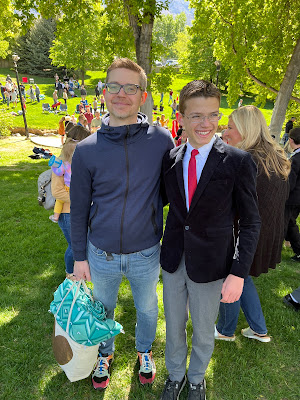 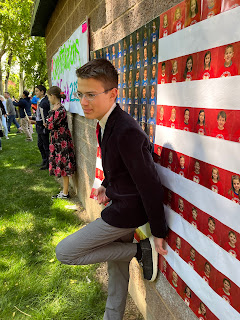 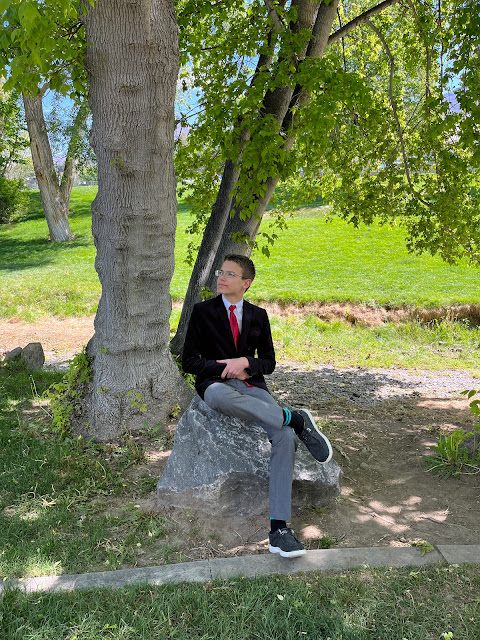 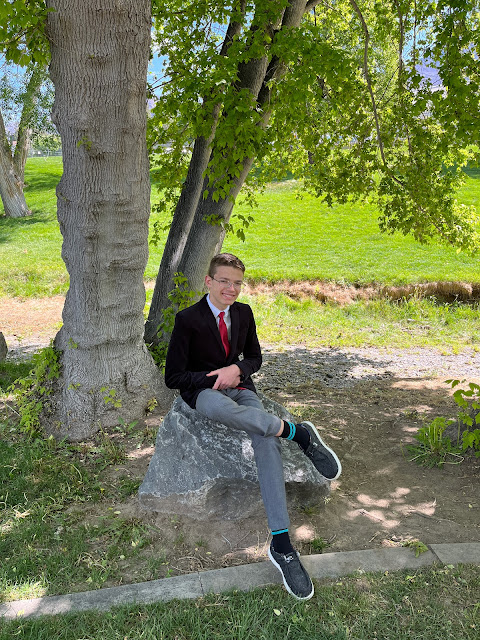 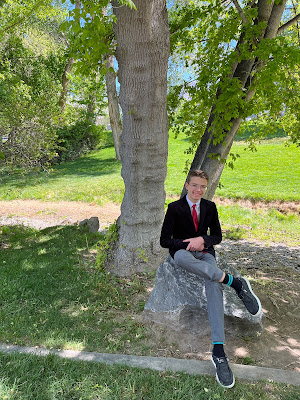 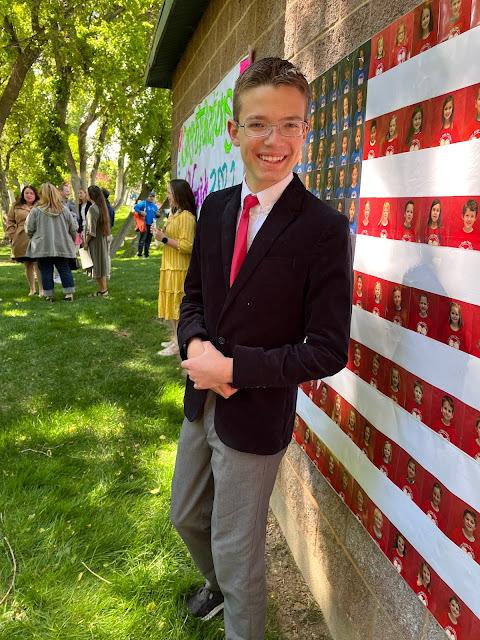