Thanksgiving, when isolation is punctuated.  Fortunately we are old hands at doing stuff on our own and though the change was a big blow to my parents, who I don't think have been alone for Thanksgiving... maybe ever?  We three, on the other hand,  were just fine.  I did miss cooking with people though.  It's hard to justify cooking at all, let alone when you're doing it by yourself for a holiday that is celebrated by eating.  It's taken me a long time to come to terms with Thanksgiving but years spent with Sean's family where people have often been staying with us (his brothers, mostly) have taught me that the cooking together—let’s call it “party cooking”— with others is the best part about the whole thing, even more than eating the food, which says a lot, because I love food.

So this year was chill. Since it was just us we decided to eat later, closer to dinnertime as a large midday meal will personally set me back for days. The bad side of this was that we ended up cooking all day as opposed to half a day. Hmm.  Not sure I thought that through. Julian was in charge of the jello and pumpkin pie, his pie of choice.  I made the other pies and we left EVERYTHING ELSE TO SEAN.  Ha ha ha, he was so wiped by the end. So sorry, Sean.  I'll do better next time. We whittled down the menu, something Sean has always wanted to do--he hates the hodge-podginess of Thanksgiving potluck dinners-- and we had:

1. The most delicious turkey I've ever had in my LIFE.

4. Stuffing, sort of the weak link for me.

5. Other stuff? I don't even remember. Gotta scroll down and look at the pictures, I guess.

Here's Julian setting the table like a pro and being super precise about it: 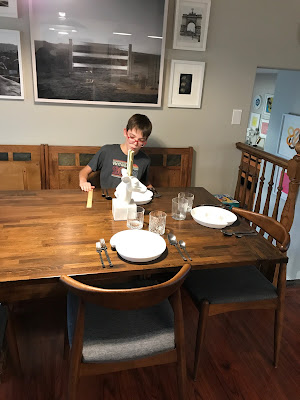 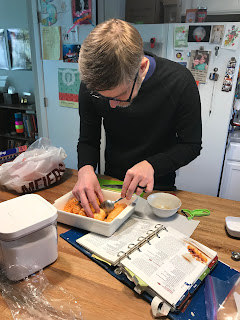 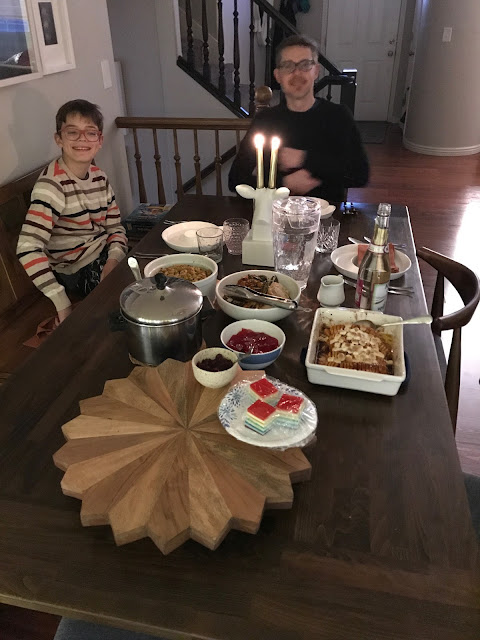 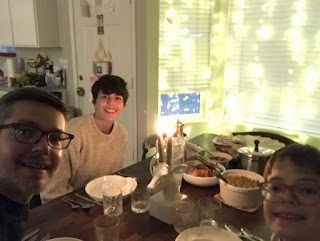 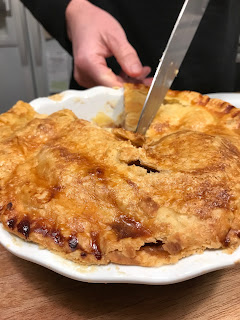 We spent our time going on walks and watching John Candy movies.  Planes, Trains and Automobiles which I had never seen and which was hilarious, as did Julian.  And then Uncle Buck, since that one got me all in the mood. 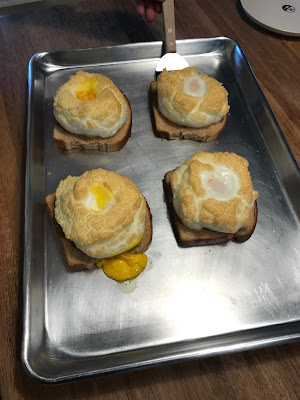 What?? Are they not amazing.  Fluffy egg white clouds with the yolk in the middle.  So fun. 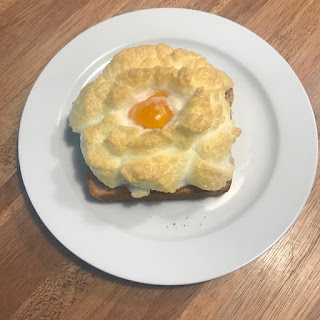 I can count on one hand the number of days we've received precipitation of any kind this whole year, and one of them happened this fall when we got a sprinkling of snow in the valley. But a sprinkling in the valley means a good-sized smattering in the mountains so I donned my snowy apparel and drove myself to investigate.  I couldn't get over the beauty. It had been so long since I'd seen anything beautiful in nature and it was a welcome shock to seize upon.  I recklessly drove through and took pics from the wheel. 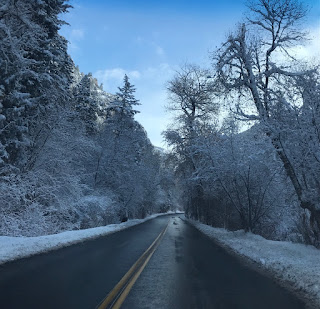 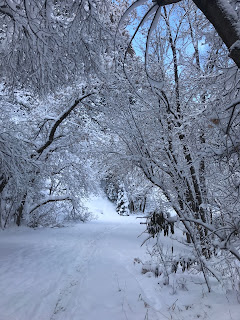 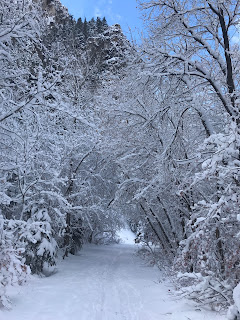 I love a good, quiet, winter walk in new snow. 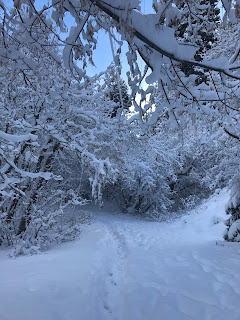 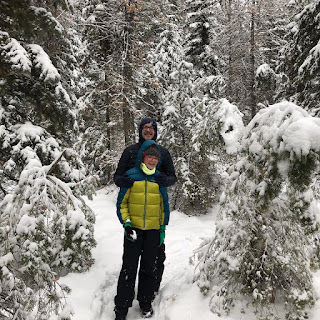 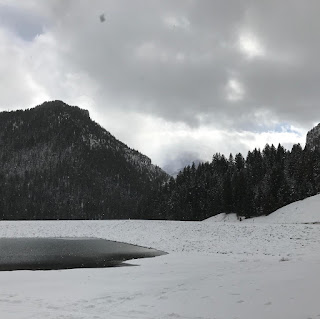 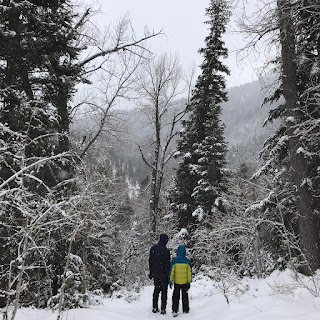 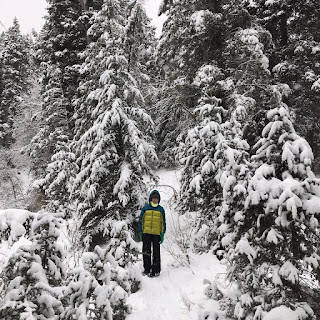 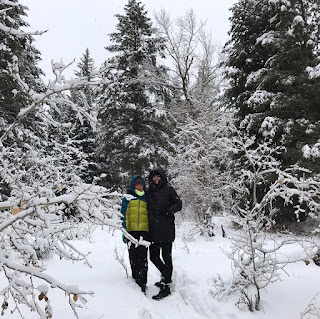