Last night before going to sleep, Sean and I heard a huge CRASH! Wide-eyed, we looked at each other, simultaneously thinking that could have been only one thing.   Sure enough, as we tiptoed down the stairs, we beheld the tree, felled: 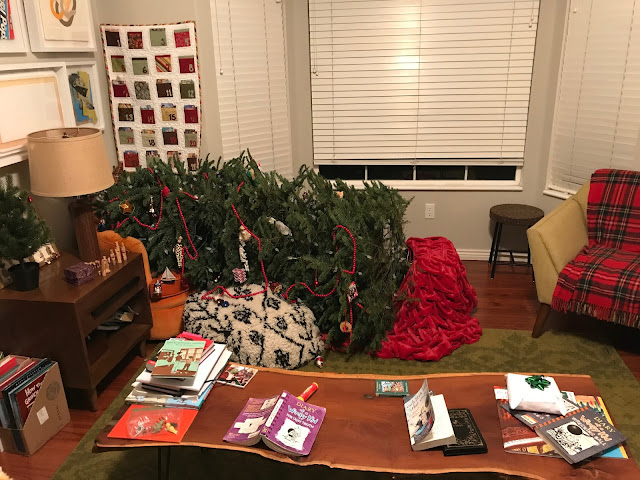 It had fallen.  Luckily, the ottoman and orange chair seemed to have broken its fall.  Many ornaments had come off and were scattered over the soft velvet chair.  But water was everywhere.  Yay for the year we chose to get a live tree! But it's fine, it could have been worse.  We spent some time mopping up, throwing the skirt into the drier, trying to figure out what went wrong, how to wrestle it back up and stabilize it so it doesn't happen again in the future.  As this took place, with Sean holding the tree at a good 55 degree angle, a glass ornament fell and shattered at his bare feet.  NO! Ha ha ha.  We laughed and he stood while I swept up the shards and sharp particles of invisible glass dust.  Finally we righted it, adjusted it, adjusted it some more, tightened it, and called it good.  How do we think this happened? What could have caused this nighttime disaster?  My one and only theory: 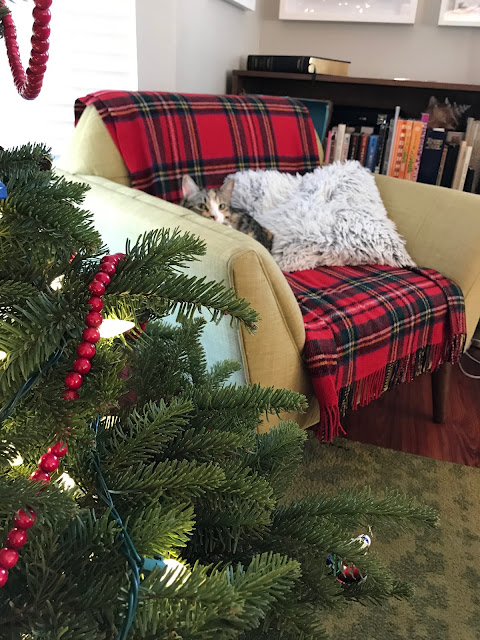 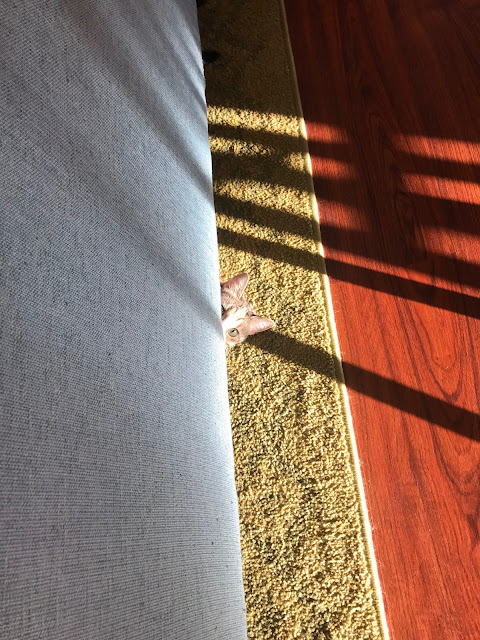 I was going to photoshop a grinch hat (which i guess is just a Santa hat) onto her but a) I'm feeling pretty lazy right now and b) she actually doesn't hate Christmas. In fact, I'd say she LOVES it, especially the tree.   A little too hard, it would appear.  Last Christmas as a new Christmas kitten she would hide in it all the time.  This year she is always batting ornaments and wrestling around it, fighting off something sinister and invisible.  But she seems to be always doing some kind of ceremonial tree dance around it.  If we catch her doing it she starts and scrambles up immediately and scampers out of sight like she really did NOT mean to be seen doing that.  So I can only imagine what kind of midnight seance took place last night.  I gave her a stern talking to and then scooped her up and nuzzled her as part of my reprimand.

Epilogue: The lint I pulled out after drying the tree skirt was the most beautiful red ball of fluff I've ever seen.  I think I may shape it into an ornament or decoration of some kind.  So festive! 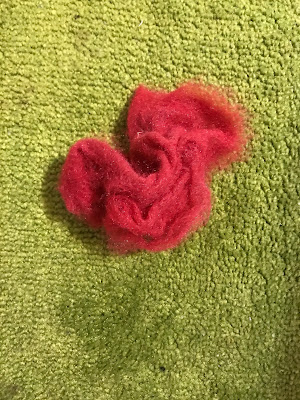