Well, the day has finally come. When we were first married I remarked to him that I couldn't wait until he was 40 because I thought he'd be so handsome and apparently i've got a certain age-type.  Because I am superficial and these things are extremely important to me. And, turns out, I was RIGHT.   I've been waiting and waiting, watching his handsomeness only increase with each passing year and we finally made it.  I'm pretty happy, so, yay for me.

His bday was last week. I thought I might make a list of 40 reasons why Sean is the greatest but how about instead I just write a blog post with at least 40 sentences and a few pics thrown in.

First, to kick off the descent into old age, we celebrated by going sledding in the mountains and Sean cracking some ribs on the very first run.   I have no pictures of this because it would have probably felt insensitive to whip out my phone after watching him fly down an overly steep mountainside, bash into a jutting rock with great force, and basically fold clear in half.  Glasses flying, he keeled over, lying still, and all may have been lost. Was it his back? His neck? All the terrible things come forward at once.  Thankfully, (and still with fingers crossed) it seems he may have hurt his ribs something fierce and really bashed himself up internally. He was completely immobilized for a couple of days which I spent trying to teach Julian how to show the proper respect and attitude during scary moments. Chatty McChatterson up there on the slope giving his own prognoses and commentary on the situation.  Anyway, it was a rough way to ring in the day but it's been a week since and so far he's on the up and up so the fact that his body is still attempting to heal when injured is very good news and, I'd say, a pretty decent birthday present.

Here are some pretty pictures we took of an icy mountain creek before the accident. 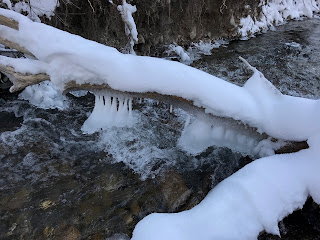 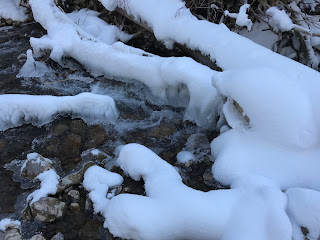 I hate being cold. But snow is pretty and being in a place where water takes all its forms is fun. (If I'd had a cup of boiling hot something or other then the experience would really have been complete.)

Two days later we set out for a bday weekend in the good ol' SLC.  I wouldn't say it's an urban mecca but it does have some delicious eateries and some excellent antique shops which is right up Sean's alley. Also saw some indie films which has been at the top of my new year's resolutions.

We recognized, for the 80,000th time, how eating good food makes us feel human again and how truly important that is. Here we are eating at an Italian place where our half-booth faced a big window and a blanket was waiting for us. Sooo great. Watching the snow which has sadly finally come, wasn't so bad this way. 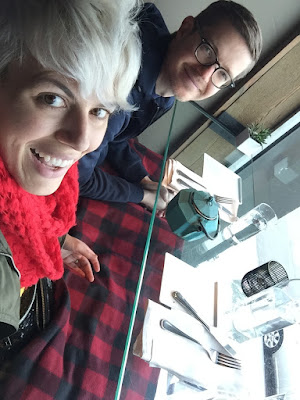 Here we are in this GIANT antique warehouse where the heaps of old stuff reached heavenward. Both of us stood, gazing, and declared we had somehow stumbled into the room of requirement. I guess we know what Sean was desperately in need of. Watching HP 7 part II later on confirmed we were dead right. It looked EXACTLY like it. Also, steady hand, Jen. All of these are blurry. 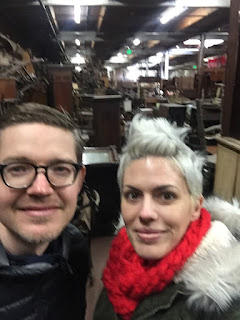 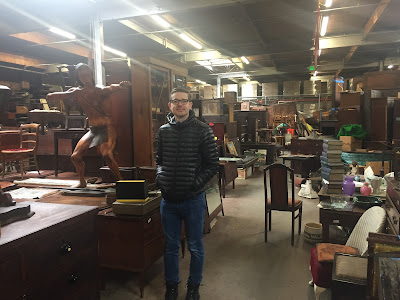 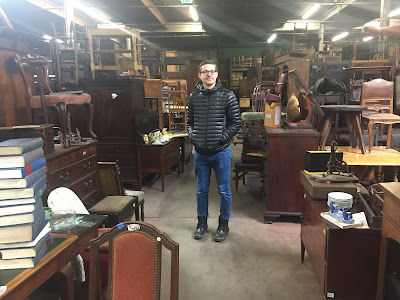 On the weekend we invited some fam over to celebrate and can I just say, through all the challenges of trying to harness Julian's weird mind and intensities, I have finally found a way to do so positively where he utterly shines? PARTY-THROWING.  This kid is a wizard! I have long known he excels at birthday celebrations but this year took the birthday cake. I was so impressed and so proud. He took it upon himself to plan and arrange all the games and I was DYING. 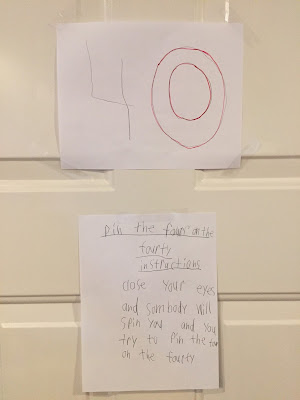 2. Shoot the Julian. I have no pics of this but essentially he put on a helmet and had people take turns shooting at him with nerf guns.  I do have a pic of the instructional sign he made though:


3. Doodad Walk.  Like a cakewalk but instead of winning cake, you get to choose from a collection of doodads, or junk from his room. Soooo funny.  He made a million tiny scraps with numbers and spaced them approx. 6 inches apart, the normal walking pace of the average adult. 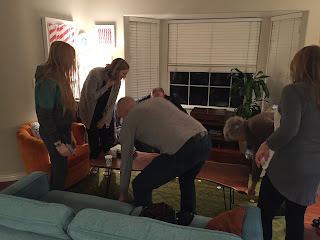 4. He also made a treasure hunt for Sean to find all his presents all over the house but there were quite a few and would take a long time so we divvied up the spaces and sent all the guests to go find Sean's presents.  This sign is a gem. 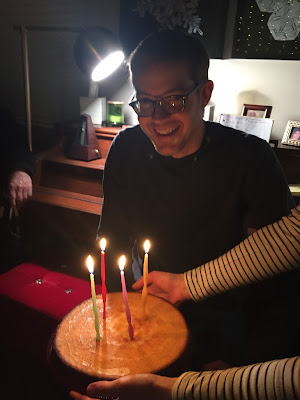 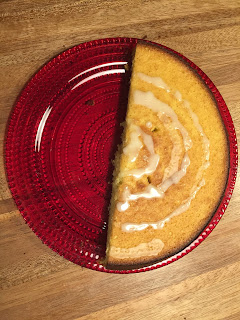 Sean made a giant souffle and I made a lemon olive oil cake because two birthday desserts are better than one. We sang to him and he and I rounded off the day with just the pair of us watching his sand art while a naughty Julian lay listening in the hall and had to get up and tell us himself he was out of his room because we never noticed and he had been there FOREVER.

Happiest birthday to the best Sean/Shawn/Shon/Shaun I know. Thanks for being as funny, smart, and good as ever, and for still lookin' fly. {ok sign}

Julian's party games were no joke! Seriously one of the funnest parties I've been to in a while. I love that this is newfound talent.

My daughter turns 8 next month. Can we hire Julian as a party planner?

You bet. He will not disappoint.

I'm so glad. 😄Let's just figure out more ways we can exploit- I mean support him in this.