Once upon a time, when Sean and I were newly wedded and only a year or so into our New York life, we had some good friends. Do you remember Dom from the band days? His wife Katie is also a pal and I had almost completely forgotten this but it was she who one day pointed out to me all the chicken bones strewn about our 'hood.  It apparently being a fried chicken-loving community, we conjectured that it was customary to consume your chicken while out and about and cast the bones aside where you stand/sit. Perhaps done ceremonially, as part of the custom.  Perhaps as a way of making your mark in the world, or because of the goodness of your heart for the poor city rats and squirrels.  Or pigeons. You know i once saw a flock feasting on a New York slice [of pizza] so maybe our Brooklyn pigeons also like them some fried chicken?

Anyway, ever since she'd pointed that out, I did begin to see them EVERYWHERE.  And over time, it became a symbol for me and a strange source of comfort.  I turned it into a magic thing, where every time i saw one I declared it, pointed to it, and regarded it as a small, inconspicuous, gnawed-on little friend.  And it became very special, and its symbolism grew, bringing into my being an overall feeling of "Brooklyn."  I have passed on this magic to Julian, choosing my words and moment carefully so that he, too, now regards spotting one as a special thing.  We're excited, a little bit reverent, and feel like we just pocketed a bit of luck.  It fills me with joy to watch him do this.

As we witnessed friend after friend arrive and then leave this place, I began to mentally prepare myself for that mysterious future event, should it ever occur, or at least just try to imagine what it would be like. Over and over again I have done this thing. So many friends. And as this symbolism grew, I told myself, I think that I could maybe leave one day, as long as I bring a bunch of chicken bones and strew them all around me. Then it will feel like home.  Friends to find along my way. Because part of the beauty of this place is finding that beauty in typically disgusting circumstances.  It's a rugged beauty, unrefined, but glorious, and cuts you straight to your heart.

Now, I have this symbol and I know others must have theirs. And I am convinced that we must find that symbol, give it a name, and make it so that we can take it with us. What it means to be ________, a thing or person or feeling that we hold dear, and make it ours forever. So it doesn't matter where we actually are. We feel this way about those we love, right? This is something important, and I feel strongly about it.

This summer a few friends were moving to faraway places.  I wrote an ode, a tribute to these friends, to the chicken bone and what it stands for, to all who have been blessed to the highest degree with experiencing an intense city love such as this, and dedicate it to them and to my friend Katie who opened my eyes to this thing now very dear to me.

And now I will post it on my blog in part for me, because we are moving from Brooklyn.  It actually happened.  All those years of preparation and visualization and contemplation are paying off immensely.  And now that the moment has come, I need my own poem.  Here it is: 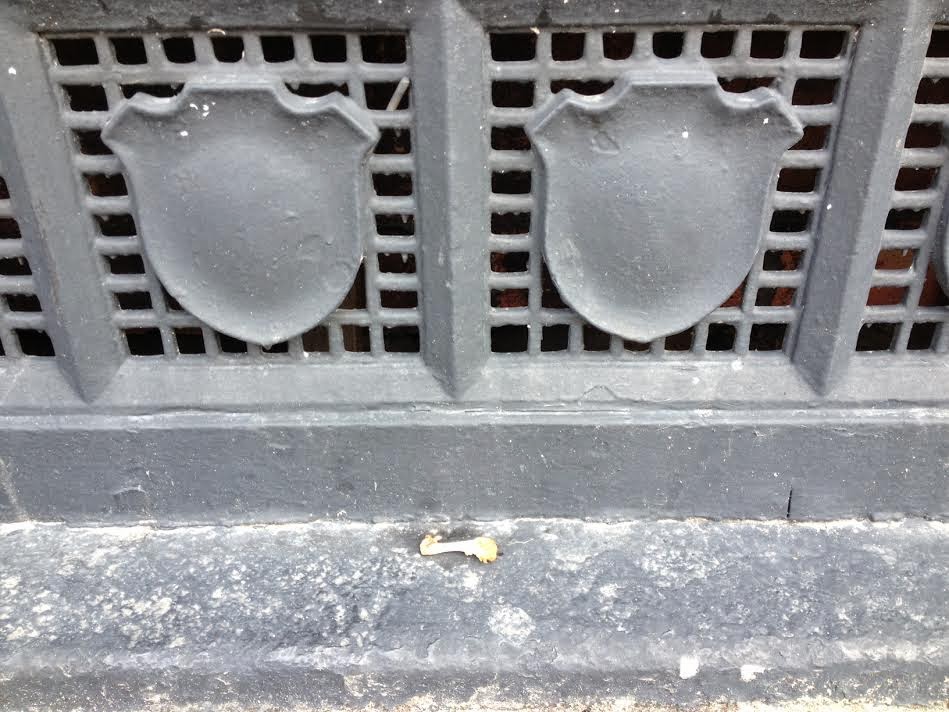 Lovely. Now you have me thinking...what's my chicken bone symbol?

B-town will always be an important part of the Morello family. It has shaped you in many ways, and you've created a kinship with so many others who've been shaped by it. Bittersweet.

It's missing the unique ick factor that is part of the chicken bone's appeal, but mine is a cardinal. Cardinals will always mean Bloomington to me.

I think I might be with the previous comment-- cardinals seem like such a uniquely Virginia thing to me (although I guess they're in lots of other places, just no where else where I've lived!). In the same way that cicadas, while found in lots of places, always make me think of Japan.

Cardinal-- that's a good one. I love to see them too. One day, my life was changed forever when I realized that my favorite bird song that i tried to copy was that of the Cardinal! I know!!