Or rather, the Great Jack o' Lantern Blaze in historic Hudson Valley! (link) We went this past weekend.  It was quite a spooky spectacle, one of the very best kinds.  Loved it.  I took a trillion pictures and I'm putting them up. Lucky YOU! You get to rapidly scroll through a bunch of pumpkins.  Don't worry, they're pretty great, and every once in a while a human is in the scene.

First of all, I'm pretty sure they used at least 3 million dozen pumpkins.  Holy bananas, I mean pumpkins.  They were coming out our ears, and we loved it.  Here is a pic of the fiery pumpkin chandelier and me being amused yet slightly alarmed. 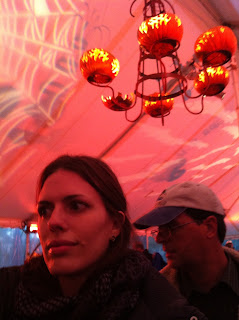 p.s. sometime let's talk about the spelling of fiery, and what's up with that??

And then we enter the Jurassic, and Julian laughs like an evil villain. 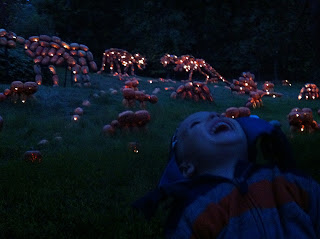 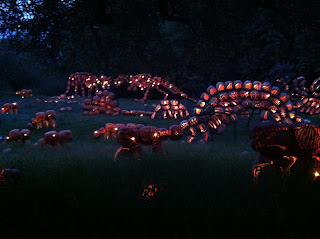 That was pretty crazy. The bones?? Nutso. 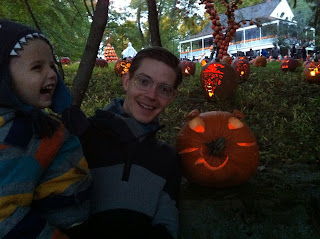 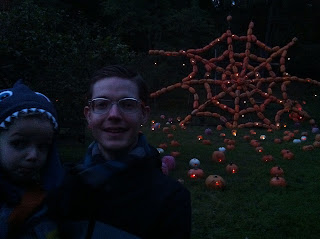 And a bunch of cats. Why not? 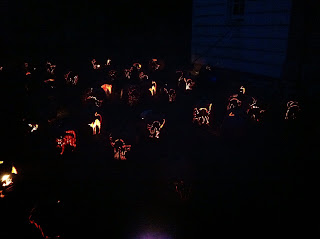 They even put a bunch up in trees, all of bats.  So great.  And i did not get a picture. 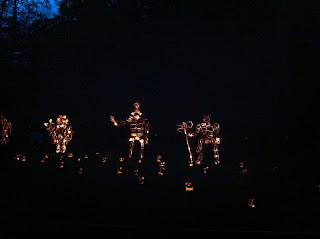 Here is a cube of polka dots with a giant pumpkin man whose head would slowly rise up and down and scare us all. 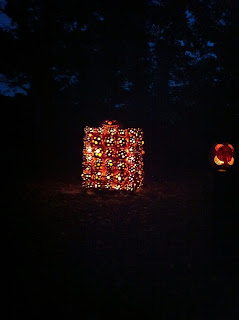 And then we enter the woods with some woodland creatures. 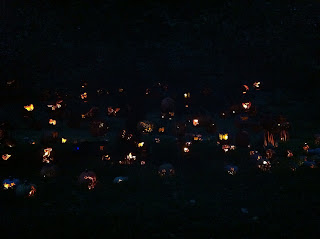 And woodland mushrooms, some of which look like aliens and I thought this was a space theme, which was the one thing missing, i would have to say. 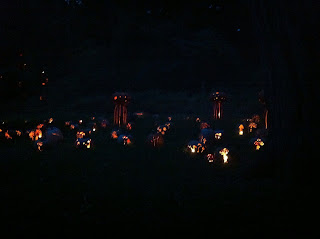 And then the cool geometric patterns. Oooo... 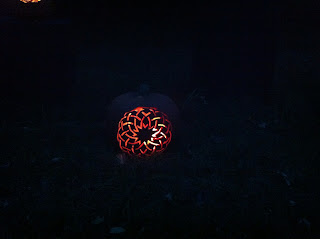 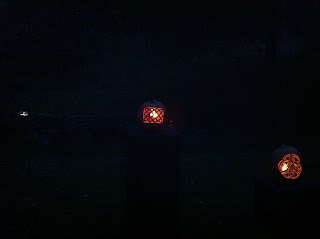 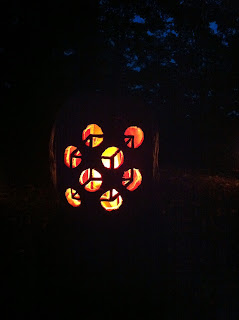 And then a corner with a cluster of creepy eyes. 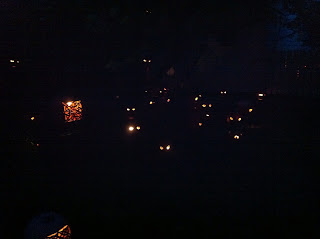 Then pumpkins under the sea... 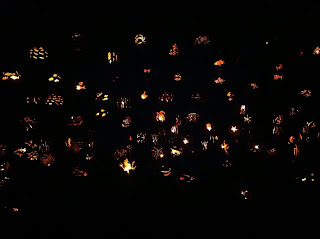 Here is a video of the pumpkin clock, and if the constant reminder of Father Time tick-tocking our life away isn't frightening, then you're dead inside.

And then we went on an African safari. 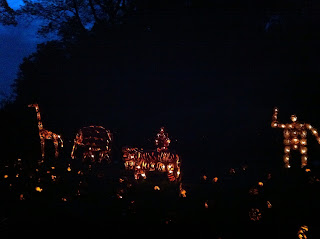 So cool! Life size!  Except I don't know about that robo-gorilla man. Try again. 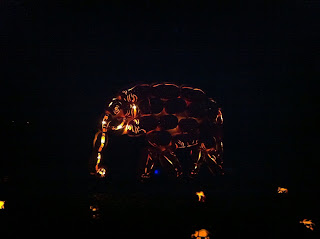 Then we went through the Tunnel of Skulls. 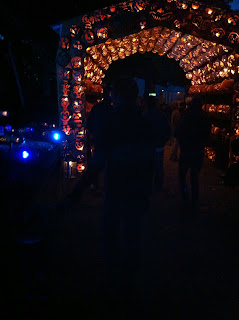 Here is the ceiling of skulls, one human.  Except Sean looks like he aged 40 years suddenly. Does he not look insta-old?  Love the gravity face shots. 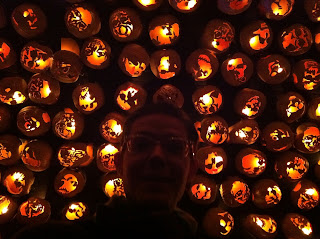 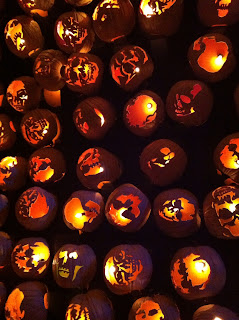 Wow, is that it? I thought i took more.   Well, you'll just have to go and experience it yourself.  It was delightful and a great way to celebrate one of my tied-for-first holidays. As soon as Halloween gets some carols, it may move to #1.  I'm just saying.

I said, Val, look at this thing Jen and Sean went to. And she was like, Yeah. It's called The Blaze.

She knew about this? And we never went? What other awesome things does she know about that she's keeping from me?

These pictures are awesome. I really want to go to this next year.

Soooo cool. Thanks for sharing the awesomeness.

(this comment is both lazy (list) and rambling, can you tell I made it at the end of my work day?!)


Joel, I can guarantee you, it would be the time of your life.